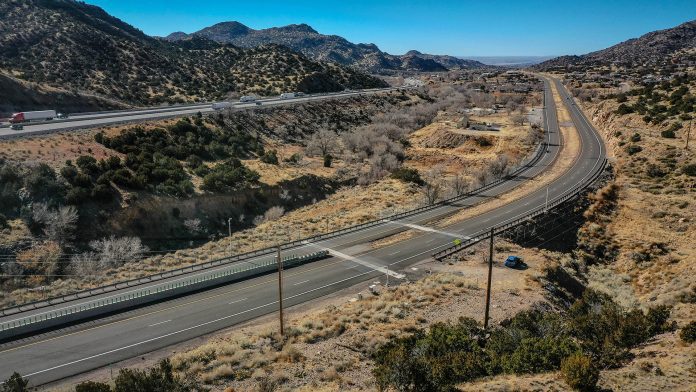 Artificial intelligence should enable trucks to ply on the road without a driver in the future. Manufacturer Daimler collects the necessary data in the US state of New Mexico. a site visit.

In Albuquerque, New Mexico, a city of half a million people, one color dominates: terracotta. Around a stony desert, the air is dry and dusty. “If you can do Albuquerque, you can do the whole of America,” says Peter von Schmidt, who is responsible for autonomous trucks at Stuttgart-based automaker Daimler Trucks. “For us, data is really the source of optimization”. This is data from “an extremely demanding environment in Albuquerque”.

Three years ago, Daimler joined American software maker Tork Robotics. The Stuttgart-based company is a leader in the manufacture of trucks. But when it comes to software and, in particular, autonomous trucks, all European manufacturers have a major deficit.

Up to 20 trucks per day on the road

The Cascadia Freightliner is a powerful truck from the brand, which is a 100 percent subsidiary of Daimler in the United States. From the test site in Albuquerque, Daimler sends 20 trucks on highways around the city every day – day and night. Training is everything for AI systems.

Torc has different teams that evaluate and classify each test drive. This is the only way for an artificial intelligence (AI) system to know how to react later. “Perception is really how you see the world. What’s around me? What’s going on right now? That’s the only way to really drive safely,” says Andrew Culhane, Tork’s chief strategy officer. “But we also evaluate behavior. Does the truck change lanes, does it accelerate, does it slow down, does it merge? This gives us an overview of a truck’s reaction.

AI systems are only as good as their training data. This test is fed to the computers in the truck. This is happening today in the United States with Daimler trucks, which have support systems on board and are operated by trucking companies. They also collect data for future robotic trucks.

Initially only used in the USA

Anyone sitting in the driver’s cabin will notice a cupboard at the back. There’s a server echoing that evaluates dozens of sensors, including lidar, i.e. specialized optical distance meters, laser sensors and cameras. The high-performance computer is the brain of the vehicle. It should be able to react to all events.

“A motorcyclist can fall on the highway at night wearing black clothes,” says von Schmidt. “Can we handle something like this when an autonomous truck arrives? It’s a matter that we’ve sorted out. There are many, many such cases that you can’t even imagine.”

Trucks will probably be the first vehicles on our roads without drivers. At Daimler, it is expected that in a good seven years, that is, in the year 2030, the time may come. However, only in the USA. Due to its borders and narrow roads, Europe is likely to be many years later.

Advantage of USA: Here all vehicles move at a slow speed, trucks and cars move at the same speed. The roads are wide and the turns are few. The plan is for trucks to ply only sections of the route autonomously. On exiting the motorway, a person walks in and takes over.

Daimler also provides a control panel for freight forwarders. There must be people – often thousands of kilometers away – who can remotely interfere with any truck. “In autonomous trucks, we need the ability to communicate. This is especially important because real-time communication is essential in logistics to keep everything running,” says Daimler’s Clara Oberhollenzer. “In the future, our Mission Control will enable driver managers to communicate with this autonomous vehicle without a software engineer.”

It turns out that the world of robotic vehicles is far less spectacular than that of Elon Musk and Tesla.