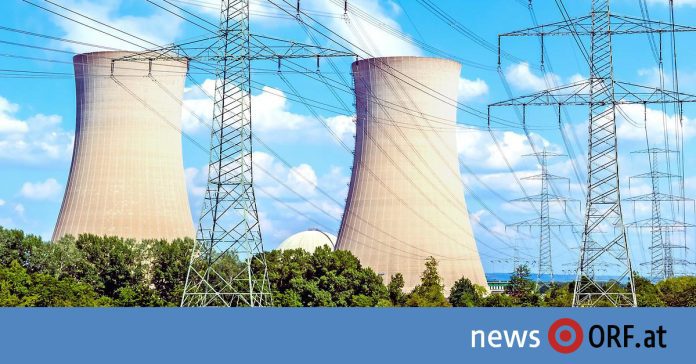 The fear of an energy crisis in the winter if Russia cuts all natural gas supplies to Europe as the status quo for Western sanctions is now practically ubiquitous. To extend the running time of power plants, even to restart nuclear reactors that have already been shut down, is becoming particularly loud in Germany at the moment.

Germany decided to phase out nuclear power for electricity generation in 2011, and three power plants are still in operation (Isar 2 in Bavaria, Emsland in Lower Saxony and Neckarwestheim 2 in Baden-Württemberg). They should be shut down “at the latest” by the end of this year or should actually be closed, as the Federal Office for the Protection of Nuclear Waste Management (BASE) currently calls. The German press was full of this topic on Friday.

A “special landscape” from the point of view of winter

“Is now the time for those in the mood against a nuclear phase-out?” asked the news magazine “Der Spiegel” and said: “Germany nuclear power plants will probably have to be connected to the grid longer than planned.” Even German economics minister Robert Hebeck (Greens) concluded No More Exit, wrote “Spiegel” on Friday. “A ‘stress test’ for the energy supply may require a ‘special scenario’,” Hebek said in an interview with broadcaster RTL. Test results are expected in the next few weeks.

Lack of understanding for exit plans among EU partners

The exit plan concerns not only Germany, but also several EU partners. Why? Berlin “calls on other EU countries for solidarity in saving gas”, but at the same time wants to stick to plans to shut down nuclear power plants. “In some partner countries, this causes outrage. There is now increasing pressure on the federal government to postpone the nuclear phase-out,” wrote “Spiegel” on Friday. For example, criticism comes from France, Hungary, Romania and Slovakia.

From his point of view, the continued operation of German nuclear power plants could make a significant contribution to saving gas, as about 15 percent of the electricity in Germany is still generated by gas-fired power plants. If Russia cuts off all gas supplies to the EU, more reserves will be available for domestic and industrial heating.

“If Germany wants to save gas, please let its nuclear power plants – or the three that shut down last year, go back to the grid,” Slovakian economics minister Richard Sulik said on Tuesday. An EU consultation in Brussels explained. Hungary’s head of government, Viktor Orban, also expressed his criticism – with fears that the promised natural gas would be “removed” from his country in the event of a crisis. Budapest did not agree with the EU emergency plan.

Belgium halted its nuclear phase-out plans for 2025 relatively soon after the Russian attack on Ukraine in late February, and the plans were only recently finalised. Two reactors will now remain on the grid until 2036, with some shutting down before that. The country currently operates seven reactors at two nuclear power plants, Doel and Tihange, both of which are showing their age.

Recently an unconventional to quirky idea came from Poland. “If the Germans do not want to use their own nuclear power, they should lease it,” demanded Member of Parliament Paulina Matisiak from the left-wing Razem (England: Together) party after a trip to Berlin. The Polish government should make a similar offer to the German government. German nuclear power plants must continue to operate “for the benefit of Europe’s security and climate”, Rzeum party leader Adrian Zandberg wrote on the short message service Twitter.

In early July, ten EU energy ministers, including the French, spoke in favor of the expansion of nuclear power in the Union in a guest commentary to the German “Handelsblatt” – keywords: “classification” and “green” power plants from nuclear power. . In Germany, 20 scientists from different universities filed an open letter called the “Stuttgart Declaration” with the Bundestag this week. It begins with the following: “Germany was driven into an energy shortage by focusing only on the sun, wind and natural gas.” This is followed by a petition for nuclear power with the sun and wind as the third “climate protection pillar”.

A “sham debate” or something?

In the middle of the week, German Finance Minister Christian Lindner (FDP) again spoke in favor of continued operation of the remaining three nuclear power plants until 2024. “In any case, a power outage must be prevented,” he said in Berlin. It was “open to the use of nuclear power in its current state”. To what extent this might even include power plants that have already been shut down, he “cannot judge”. For the three that are still in operation, “we need this discussion”.

The CDU and opposition leader Friedrich Merz called on the federal government consisting of the SPD, the Greens and the FDP to immediately purchase new fuel rods. Like the Greens, the SPD is also skeptical about extending the term. German Chancellor Olaf Scholz (SPD) wants to wait for the results of the ongoing “stress test” before making a decision.

As for coalition ally Greens, German Bundestag vice-president Katrin Göring-Eckardt on Friday called the entire differences a “false debate” – although she did not rule out a (brief) “stretching operation” that was recently beyond the end. in an emergency of the year. “It’s made up with nuclear phase-out.” Such was the “agreed in alliance”.

“Safety is and remains the most important criterion”

BASE’s president, Wolfram König, raised a question that has been somewhat neglected in the current debate: the safety of nuclear reactors, which has been going on for years. He views the lifetime extension of the last three German nuclear power plants in operation and the return of nuclear power with skepticism.

“Long terms, stretching operations or re-entry – how much more nuclear power could that be?” He asked Editorial Network Germany (RND). “A central aspect is missing in the current debate: safety is and remains the most important benchmark for dealing with the high-risk technology of nuclear power.”