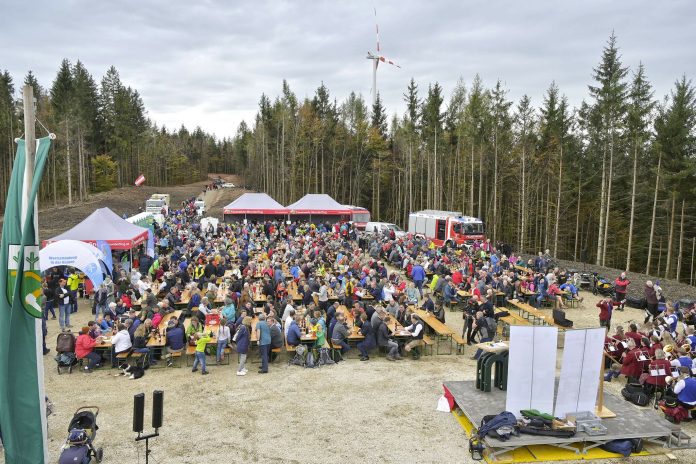 On a national holiday, the municipality of Münderfing invited to the grand opening ceremony of the new system at the wind farm.

the killing. On 26 November, the time had come: the sixth wind turbine was officially inaugurated in the community leading the way in renewable energy. Several guests made their way into the Kobernauser Forest to attend the inauguration. In addition to several speeches and celebratory blessings, the event also included musical performances, opportunities for sightseeing, and a supporting program for young and old. The physical health of the guests was also taken care of.

The new wind turbine (Vestas V136) is the most powerful in Upper Austria, with a hub height of 166 m and a rated output of 3.45 MW. Both the transportation and assembly of the rotor blades about 70 meters long using a crane were spectacular.

The five wind turbines in Münderfinding provide 32 million kWh of electricity a year – this is electricity for about 10,000 households, or about a third of the households in the district of Braunau. The new system will add regionally generated electricity to about 2,200 households.

The sixth wind turbine is completed in Munderfing