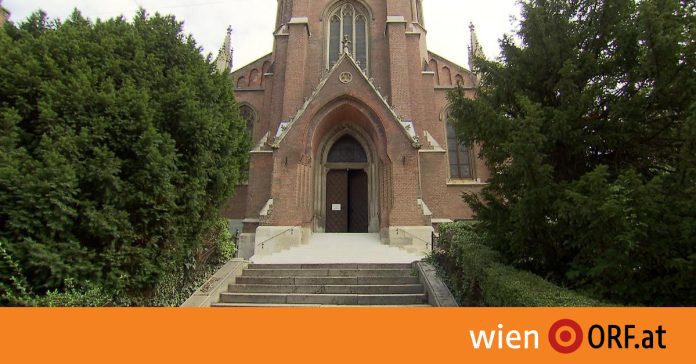 Pope Francis himself ordered the conversion to environmentally friendly energy production: “Preserving creation is a fundamental task of the Church. I read an encyclopedia of Pope Francis: ‘Laudato Si’. It is about the environment. Then I Thought: Now we have to do something, that we too are a role model for our children, that the church is moving forward!

“Through the Holy Fathers Initiative, the Archdiocese of Vienna has also acknowledged that we support photovoltaic systems and other energy efficiency measures,” says Harald Gnilsen, building director of the Archdiocese of Vienna. The parish in Atzersdorf was converted to a heat pump system. The photovoltaic system produces most of the electricity for the system itself. “This means that we can be relatively energy-autonomous,” explained electrician Horst Jung.

There are no more fossil fuels in the whole house: the entire vihara is heated this way and the hot water can also be heated using its own electricity. In the future there will also be a connection between the photovoltaic system and the church. This way the electricity for daily needs like lighting or audio systems for trade fairs can be covered. Electricity from the photovoltaic system, so to speak, can be sent to the church, Jung says.

To heat the entire church, however, the vihara would need a larger system. Jung hopes that a photovoltaic system could also be installed on the roof of the church in the future. Church photovoltaic systems are a good way to generate electricity. “No agricultural land has to be paved because we have enough space in Vienna’s churches,” says Jung.

More and more places of worship are dependent on photovoltaics. Power for St Stephen’s Cathedral now comes partly from solar power, and further systems are planned.

Often due to monument protection on outbuildings

In addition to Pfarrhof Atzgersdorf, photovoltaic projects are to be implemented in four other locations, such as Gentzgasse in the 18th district. It’s not always easy. “Churches and monasteries are always in listed areas, in historic buildings, and there is always a need for an individual solution. There are also static problems and questions about extinguishing attack,” Gunilson said.