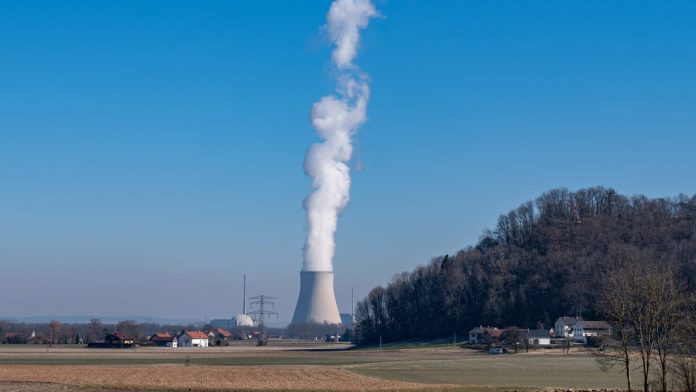 Electricity is more expensive than ever, millions of Germans can hardly pay for it, companies go bankrupt, families are left in the dark. Never before has there been a situation in our country where citizens can no longer pay for their electricity! And it shouldn’t be like this.

Of course we have to move away from oil, coal and gas. Key words: climate change! Everybody’s green is burning more coal again. It’s a joke!

But even renewable energy is not enough. Anyone who has ever seen how a wind turbine is built into the ground and how short its service life is, knows: it is not environmentally friendly!

The solution is nuclear power. There is an ugly ring to this word in Germany. What many people think of Chernobyl is what every kid in school is told: Atoms are bad! The fairy tale of the Greens, which regularly acts as if a nuclear power plant exploded in Fukushima, is also frightening.

All nonsense: In fact, people died in a natural disaster in Japan at the time, in a flood that also damaged a nuclear power plant. The nuclear phase-out in Germany was a knee-jerk reaction and a horrific mistake by Angela Merkel!

The truth is this: nuclear power produces not only the cheapest, but also the safest electricity ever! Statistically, lignite is 400 times more lethal than nuclear power, depending on how you calculate it.

Until we have everything under control and optimized, there is no way around nuclear power. New types of nuclear power plants are safer than ever. Many other countries are building them right now. Germany should do the same.

See also  How is fiber optic installation done? VTR explains to us

You can read the latest report on the subject here.