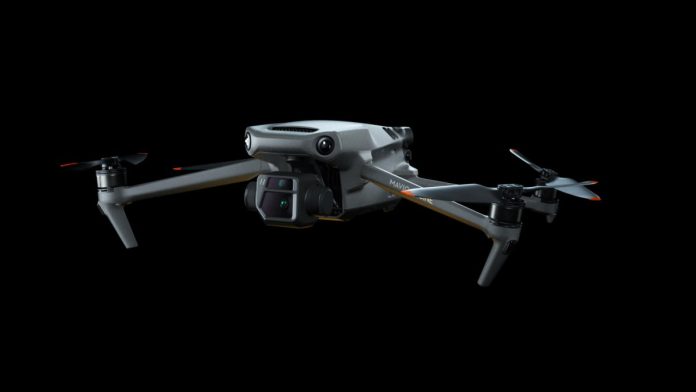 In recent times, anyone who wanted to buy a drone was faced with an absurd situation: on the one hand, according to EU law, all future models should be assigned a so-called CE class, which stipulates that Where and how can you fly? Manufacturers, on the other hand, have always only stated that their drones are not yet classified.

It’s over now: according to its own statements, DJI is now the first drone manufacturer in the world to receive a C1 certification from the so-called “notified body” (TUV Rheinland in this case) – for “Mavic 3″ series, The certificate is valid throughout the European Economic Area (EEA, ie EU plus Norway, Iceland and Liechtenstein).

Mavic 3 Series C1 certification requires an update to C1 compliant firmware. The effort is worth it: Users can now fly in the newly opened class A1 and no longer have to take the A2 “remote piloting license” test. They have more freedom to fly in an environment that was previously denied to them without a C1 certificate or was accessible only with a special permit.

As a C1-certified drone with C1-compatible firmware, the Mavic 3 is subject to the following mandatory changes to the European Drone Regulation:

See also  What to do with cell phones, televisions, and other useless electronic devices

These changes will be activated once the Mavic 3 Series C1 certified drone is flown in the European Economic Area (EEA).

What are users to do?

According to DJI, the application process for obtaining the new Category C1 identification plate for the Mavic 3 series is expected to be available to all customers from Q4/2022. From this point onwards, users will be able to apply for it free of cost on a voluntary basis.

To do this, they must provide their drone’s serial number and confirm that they have updated the firmware required for C1 certification. According to DJI, more details will be announced in due course.

The current developments were triggered by the EU Drone Regulation (Implementation Regulation (EU) 2019/947) of 24 May 2019. As an EU regulation, as opposed to a directive, it took effect immediately in every country in the Union. It stipulates that, in the future, unmanned aerial vehicles in Europe will be divided into seven drone classes, C0 to C6. The classes demonstrate that not every drone carries the same risk of serious damage to people, animals and property in the event of a collision.

The main criterion for classification is the take-off weight of the model or its kinetic energy. Simply put: the heavier the drone, the greater the demand on the device to reduce the risk of accidents through built-in safety functions. In line with this, the requirements for a long-range pilot or owner’s duties increase with category – for example registering with the Federal Aviation Authority (LBA), providing some proof of knowledge and labeling their drone.

For private users, the so-called “open range” is critical for low-risk flights at a maximum altitude of 120 meters above the ground and within visual range – and the risk classes C0 to C4 are contained therein, covering everything from toy drones to models. Some are included. With cover weighing less than 25 kg.