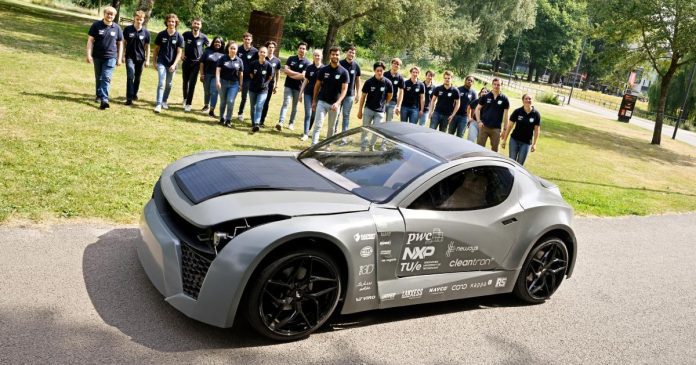 The electric sports coupe Zem gets solar cells on the roof and body parts made of plastic.

What if a car not only drives CO2 free, but also removes CO2 from the air at the same time? Students of TU Eindhoven placed. the result is zemo,

The sports coupe is electrically powered. are on the roof and on the hood solar cells, which should be increased. The electricity generated by solar cells can also be fed into your own power grid.

Body parts are made of plastic that can be recycled. There should be as many parts of the car as possible 3D Printing Process In order to reduce the waste during production as much as possible are generated.

Zem has a new developed air filter riding. Air blows in while driving, and the filter binds the CO2. To 320 kms Filter is full. The idea is that in the future, charging stations will empty the CO2 from the filters and collect it in larger tanks.

According to the calculations of the students, it can be done in one year 2 kg CO2 With a mileage of 32,000 kms are collected. According to this, 10 cars will accumulate carbon dioxide equivalent to one tree.

The team knows it’s not much. But if this type of filter is to be used in all electric cars in the future, it will increase. The filter is now to be patented and further developed. Above all, the CO2 capture capacity has to be expanded. In the future one can imagine this filter on all vehicles to be used, including those with a combustion engine.

The increased CO2 can be used for other things. In agribusiness it can be thought of as something Fertilizer to use. In combination with hydrogen, CO2 can artificial fuel used. will also be sentartificial leaves“, which convert CO2 into oxygen, following the example of nature.