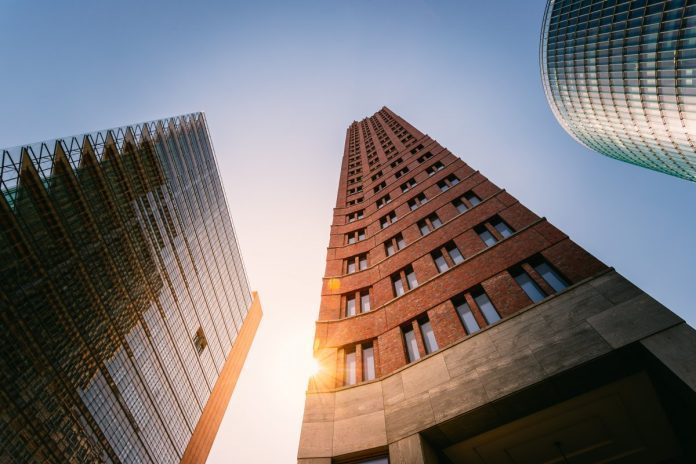 Buildings are responsible for about 40 percent of the worldwide electricity demand. With solar modules on roofs and façades, they can generate at least part of their electricity for air conditioning, heating or lighting themselves. However, reliable, decentralized access to electricity requires storage to balance the fluctuations between production and demand.

An international research team led by Julian Hunt from the International Institute for Applied Systems Analysis (IIASA) in Laxenberg, Austria is now proposing For tall buildings, use of existing elevators before this. If more solar power is generated, the heavy load is moved to the upper floors. If the demand for electricity increases, this load is reduced again, causing the generator to go off.

“With these elevator storage systems, the infrastructure and regenerative braking systems that are already installed serve a second purpose – in the form of energy storage,” says Hunt. His concept: In a tall building a few thousand small containers are to be filled with moist sand. Weighing one ton each, these are operated from a warehouse – for example in an underground car park – in an elevator with autonomously moving platforms and transported to the upper floors. There they could also be temporarily placed in service rooms or vacant apartments and offices. If the demand for electricity increases after a few hours or a few days, the stored energy is converted back into electricity when you return to the underground car park.

For a house 50 meters high, the researchers estimated 545 kilowatt-hours of storage capacity using 5000 containers. For a skyscraper 300 meters high, this value also rises to about 2200 kilowatt hours. The more containers that are used, the greater the storage capacity possible. The researchers believe that such lift storage systems make sense in metros such as New York, Tokyo or Singapore with high densities of tall buildings. Globally, they estimate roughly 30 to 300 million kilowatt hours of storage capacity.

Even if lift storage is technically feasible, costs must also be considered. The model calculated by Hunt and his colleagues results in about 12 cents per kilowatt hour for a tall building with an average height difference of 50 meters. If the height difference in skyscrapers increases to 300 meters, the cost of storage drops to two cents per kilowatt hour. This would mean that they would be well below the storage cost of lithium-ion batteries of 15 to 20 cents/kWh today. However, this advantage falls short when compared to cheaper, unused batteries from electric cars. Lithium-ion batteries also require significantly less space in tall buildings than sand containers.

As tempting as the idea of ​​lift storage may be, there are still unanswered questions: How intensively does such a system have to be maintained? Do residents or office workers accept self-driving sand containers, even if during peak times to avoid competition for lift space? And is there always enough storage space available, especially on expensive upper floors? Not all of these issues have yet been addressed by Hunt and his team.