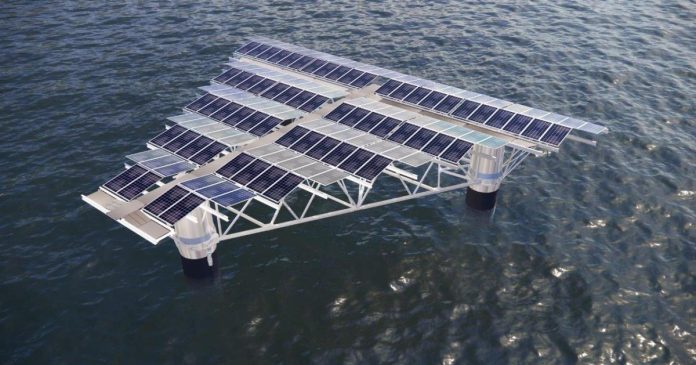 A solar power farm is being built in Tokyo Bay. The generated energy is to be brought ashore by drone sailboats.

Offshore power plants are usually connected to the mainland by an undersea cable. Finally, the collected wind energy has to be fed into the power grid to be used there.

Feather “Tokyo Bay ESG ProjectA different method has been chosen. Here the energy is stored in batteries which are brought ashore by boats.

As part of the project, the Dutch-Norwegian company is building solarduck according to their own statements “Japan’s first offshore floating photovoltaic plant”. the target is a plant 88kW power To be completed in the first quarter of 2024 in Tokyo Bay. The floating plant has to be tied so that it does not drift. However, there is no electricity cable connection to the country.

rather become drone sailboats Energy is used for transportation. are from Evergreen Make The photovoltaic system stores the collected energy in a battery. The sailing drones pick up the batteries and bring them to Tokyo. There they are supposed to supply electricity for public events.

The whole thing is a technology demonstrator, so it should show whether or not it can work at all. If this happens then the system can be extended further. The overall goal of the Tokyo Bay ESG Project is to discover technologies that will enable a sustainable city in the next 50 to 100 years.

In contrast to offshore wind farms, offshore solar power plants have been rarely used to date. The reason for this is the weather and the rise of the sea. A wind turbine that is rigidly attached to the ocean floor provides relatively little surface area for wind and waves to attack. However, the “solar islands” have a large area, which is why it would be too complicated and expensive to erect them on a solid pillar standing on the ocean floor. However, if it is anchored to the seabed with only ropes, it may break loose from strong waves or twist so much that underwater power cables are damaged.

One possible solution is to dock floating solar cells to offshore wind turbines to share their infrastructure. This reduces the construction cost. However, it is not yet proven whether photovoltaics can withstand such storms. It is currently being tested in the Yellow Sea near Shandong in China.

Until floating photovoltaics can prove their marine potential, they are primarily used in lakes and other standing water. For example, a hydroelectric power station reservoir is a good option, as the necessary infrastructure is already nearby.