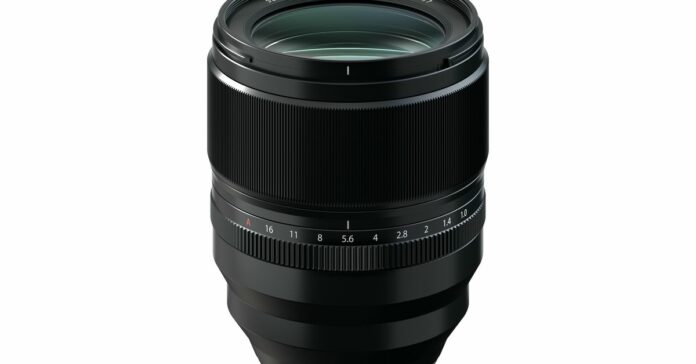 Fujifilm has announced a new 50mm X series lens with an unprecedented f / 1.0 aperture. The XF 50mmF1.0 R WR is the world’s first F / 1 of Tofocus lens for mirrorless cameras, according to Fujifilm, and marks the company’s 35th X-Series lens. Its field of view is about 75 mm on Fujifilm’s APS-C sensor.

Fujifilm’s previous fastest lens was 56mm f / 1.2 mm, a hole that even companies like Canon and Nikon pay close attention to when designing autofocus lenses. While the Canon at one stage makes of the ToFocus 50mm f / 1.0 for its DSLR, it was discontinued decades ago. Nikon and Leica have previously made f / 0.95 lenses, but they only worked with manual focus. Larger holes allow the user to achieve shall depth of field and shoot at faster shutter speeds or lower ISO settings.

Long in development, this is a much more statement lens for Fujifilm than it would be a practical tool for most photographers. The difference in field depth between this and mm f mm f / 1.5 is at least partial. Will be compensated by a shorter focal length, and mm0 mm. will be larger and heavier than larger4545 g or about 1.9 lbs. It does offer weather seals, though.