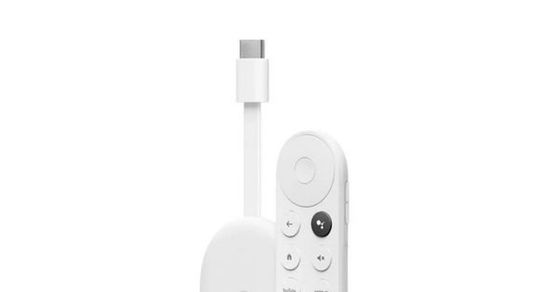 A new video has surfaced on Reddit showing the unboxing of Google Chromecast with Google TV, giving an up-close and detailed look at the device just before Google’s September 30 hardware announcement. 9tp5 According to a report from Google, a Reddit source has leaked Chromecast and the new “Google Chromecast” can be seen in a fuzzy “snow” consisting of an oval shell with an “G” logo in the center with HDMI cable.

The report also added that Unbox Boxing displayed a USB-C USB-A cable and a power adapter that looked similar to a Stadia controller.

According to a Chromecast leak with Google TV that came out earlier this month, a Chromecast was seen with a remote dedicated to Netflix and YouTube buttons. Google will launch the hardware, including the new Chromecast, at its event on September 30, and so this render is likely to be a product that is close to unveiling.

The latest render of Google Chromecast in the last few weeks comes after some leaks and rumors. The new images that have surfaced point to a plastic oval HDMI dongle that is slightly larger than the circular Chromecast devices we’ve seen in the past. A report from Win Future states that the new renders feature remote controls that now have improved button layouts and include buttons dedicated to YouTube and Netflix.

The upcoming Google Chromecast is said to run Android TV, however, the OS will be rearranged on Google TV with the unveiling of the new device. An earlier report at 9to5Google stated that the new Google Chromecast will be unveiled at $ 49.99 and will come in at least three colors, including “summer watermelon” (pink), “rock candy” (gray) and “summer blue”.