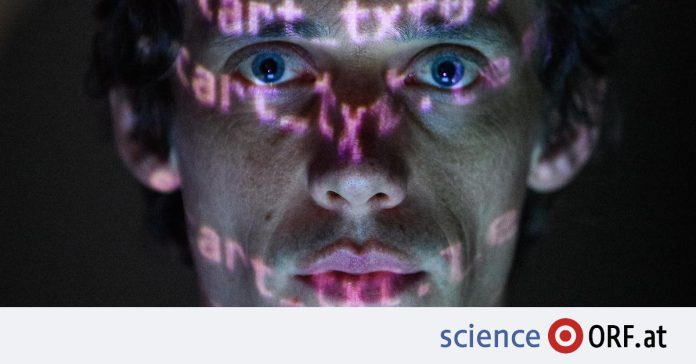 Globally, UNESCO’s 193 member states will have one in November 2021 Recommendation on the ethics of artificial intelligence Agreed. The AI ​​Recommendation clearly recognizes the profound and dynamic positive and negative impacts of artificial intelligence (AI) on society, the environment, ecosystems and human life, including of human mindThe emphasis on the impact on the human mind is particularly noteworthy, as the use of AI affects not only the environment, but also human thinking, interactions, and decision-making.

Rostam J. Neuwirth Professor of Law and Head of the Department of Global Legal Studies at the Faculty of Law, University of Macau, Macau (China). His book The EU Artificial Intelligence Act was recently published by Routledge.

The report, published in April 2021, draws even more attention to the serious threats AI systems pose to human thoughts and behavior European commission proposal For an artificial intelligence law (AI). The purpose of the proposal is generally to ensure the reliability and security of AI systems.

Specifically, in accordance with Article 5, the resolution specifically seeks to ban harmful AI practices that violate the values ​​of the Union. This category of malicious AI systems includes those that 1) exploit the weakness of a specific group of people, 2) evaluate the credibility of individuals (social scoring system), 3) used for real-time remote biometric identification, and 4) AI systems for subliminal effects outside of a person’s consciousness.

In particular the latter category of “subliminal AI systems” is to be given an important role in the current legislative proposal. This is mainly because AI is in combination with an increasing number of other advanced technologies such as brain-computer interfaces (BCIs), functional magnetic resonance imaging, big data, Internet of Things, blockchain, robotics or the I. Tracking technologies, and many others, are capable of not only manipulating the minds of users, but significantly influencing their behavior as well. These real possibilities of manipulating thoughts and behavior will only increase in the future. Computer programming has expanded both linguistically and technically to include programming of people.

Manipulation techniques known for over 100 years

Studies by Austrian neurologist and psychiatrist have proven that the dangers of unconscious manipulation are real. otto potzli Done before 1917. Later, the same techniques were used in the US to increase the effectiveness of advertising, such as using subliminal imagery to sell popcorn and some soft drinks. In the 1957 book (“Hidden Motivational”) author Vance Packard previously warned that the use of subliminal techniques would be useful not only for commercial advertising, but also for manipulating political processes such as elections.

In Europe and elsewhere, such concerns eventually led to a general ban on subliminal advertising on television in 1989. In the 1990s, issues of subliminal manipulation once again made headlines in the United States in connection with several lawsuits against rock musicians whose lyrics were replaced by reverse messages (backward maskingSubliminal messages are said to have been responsible for the suicides of many youths.

From brain detective to deep fake

There is no longer any doubt about the efficiency and real effects of scientifically subliminal techniques today. In the field of neuromarketing, the question is not formulated Ifbut only more How Efficient are these unconscious methods. The current state of the art is best illustrated by so called brain spy software (brain spyware) Illustrated. Using subliminal techniques and machine learning models, it allows access to private data such as bank information, pin codes, place of residence or date of birth in the brain.

The so-called “dark pattern” (dark pattern), which refers to the manipulative design of websites and social media posts, uses known deceptive elements to manipulate users in various ways, such as B. By hidden advertising, fear triggers, or “bait and switch” (greed and switch). will be like this deep fake Or the combination of targeted advertising with hidden algorithms used by search engines to determine not only the success of companies but also the outcome of elections, as revealed by the Cambridge Analytica scandal.

Cumulative damages should also be included in the law

The serious threats associated with the unconscious manipulation of thoughts and behavior require that the proposed legislation expand the legal scope of physical or psychological harm to include other forms of harm, such as financial, economic, cultural and social harm. Since these forms of manipulation are subtle and spread through a variety of mediums, their influence increases over time. It is therefore necessary to further define the scope of such subliminal techniques to include cumulative damage, that is, damage caused by continued consumption.

no absolute limit to unconscious perception

With regard to the manipulation of thoughts and the mind, it is also necessary to clarify the question of the related senses. However, according to psychophysics (i.e. the branch of psychology that studies the interrelationships between physiological stimuli and the perception of those stimuli), there is no absolute limit to unconscious perception, as the threshold for a given stimulus varies from person to person. Varies between and within one. Person varies.

The need for a broader definition of AI technologies

The example of the term “addiction by design” shows that the intensity and quantity of stimuli will continue to increase with the future integration of the senses in so-called “augmented and virtual reality” (augmented and virtual reality). It propagates through the concept of the Facebook metaverse. For this reason, a broad definition of the manipulative techniques used by AI is also appropriate and necessary, as the process of understanding life involves all the senses and thus represents a multi-sensory experience. For this reason, the traditional study of the senses, which looked at them in isolation and limited their number to five, is now clearly obsolete.

Overall, the EU’s planned ban on harmful AI practices, including subliminal AI systems, is to be welcomed. At the same time, however, the various associated scientific questions should be considered more closely and appropriate adjustments made to the final legal text. Also, there is a need for a global debate, such as UNESCO’s recommendation on the ethics of artificial intelligence It was suggested not only to use the expected opportunities of AI, but also to be able to counter their real threats and damages successfully.

Finally, it is worth remembering that in 1948, George Orwell in his novel 1984 Warned that the invention of printing, film and radio made it easier to influence public opinion, eliminating “private life”. Translated into present and future, this means AI and related technologies, such as brain spywareThere is a real danger today that could end the “secrecy of thought” in the future.

See also  Lastly, WhatsApp will soon introduce a new feature for the users who have long pending