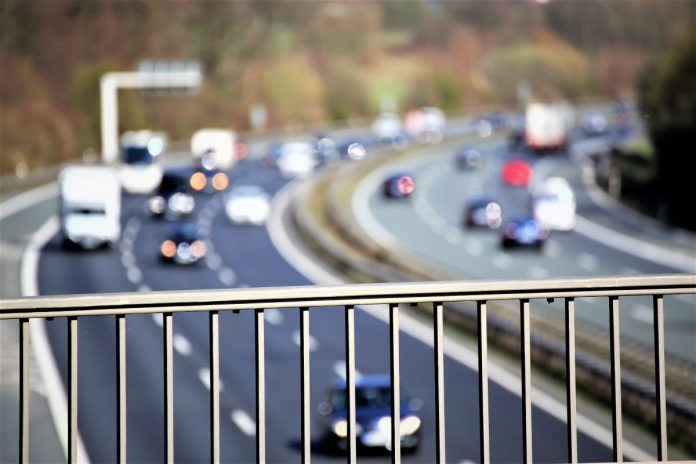 Noise – especially traffic noise – is a significant stress factor for local residents. However, the sound is difficult to tame. Common conventional protective measures are thick insulating materials – in other words: the massive, opaque, high noise barriers that surround roads and railway lines – or acoustic resonators that absorb sound. However, both solve the problem of traffic noise to a very limited extent.

that Fraunhofer Institute for Structural Durability and System Reliability (LBF) And the Austrian Autobahnen- und Schnellstrassen-Finanzierungs-Aktiengesellschaft (ASFINAG) has now found a solution to the continuing conflict between the desire for lightweight construction and efficient noise protection: vibroacoustic metamaterials. The researchers at LBF have thus been successful in converting even glass walls into good sound protection walls. Its acoustic metastructure equipped with a glass noise barrier reduces the transmission of sound – at least in the laboratory – by 20 decibels. If the sound pressure level drops below just six decibels, the human ear perceives the noise only halfway.

Like all metamaterials, vibroacoustic metamaterials are not materials in the physical sense. Metamaterials arise from the interaction between a material and its structure. The noise barrier of a conventional material, such as glass, becomes a vibrating acoustic meta-wall by periodically arranging small resonant structures on its surface.

These resonators can be made of different materials, usually of multiple materials as well. However, the deciding factor is not the material from which they are made. They develop their effect only when they are placed at a distance from each other that is smaller than half the wavelength of the air vibrations that they are intended to reduce. In the case of noise barriers for motorways, it is dull traffic noise, with an average frequency of about 1000 Hz. Sound of 1000 Hz has a good wavelength of 34 cm in air. Therefore the resonator must be mounted over noise barriers at a distance of less than 17 cm. Then they form the so-called stop bands in sound transmission. In these regions, sound waves cannot propagate any further.

See also  Discounts on iPhone 12 and 12 Mini: Get them cheaper

Ultimately, the vibroacoustic metamaterial is a sound transducer. It converts airborne noise, which propagates through the air into sound waves, into structure-borne noise, which vibrates in solids. For example, in case of earthquakes, impact noise in residential buildings or vibrations in cars. It also includes ultrasonic waves used in material testing. The noise barrier then absorbs these structure-generated noise waves.

The tests with the glass vibroacoustic meta-noise barrier were so successful that laboratory prototypes would soon be tested on Austrian motorways and expressways. Since the sound-sucking effect depends mainly on the structure, and not on the material of the resonator, the Fraunhofer developers are confident about the possible service life. The material can be intentionally designed to be durable, strong and weather-resistant. He commented on questions from the ASFINAG jury as part of the tender “Motorways and Expressways: Reducing Noise Pollution Through Technology.” Likewise, nothing will stand in the way of increasingly important requirements for sustainability and recyclability.

Once erected, vibroacoustic noise barriers work passively, require neither maintenance nor technical support, and it is also possible to retrofit existing noise barriers – more silence on motorway resonators in the future. Might be a question of the right mount for.