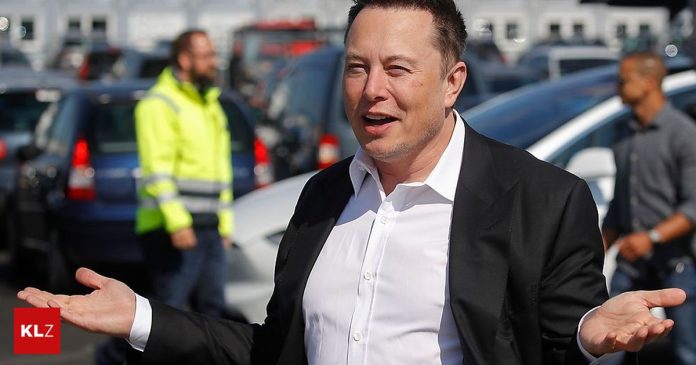 Twitter boss and tech billionaire Elon Musk (51) has moved to the second spot in the ranking of the super-rich. In the “Bloomberg Billionaires” and “Forbes” rankings, the previous leader is now second only to 73-year-old French entrepreneur Bernard Arnault, who heads the luxury goods group LVMH. Musk has lost the title of the world’s richest person for the first time since 2021. On top of all that, Musk’s fortunes are crumbling as Tesla shares fall in value. On Monday alone, the company’s shares fell in value by more than six per cent. According to analysis company FactSet, Musk currently holds about 14.11 per cent shares in the electric car maker.

According to Bloomberg estimates, Musk’s personal wealth has declined by more than $100 billion to $163 billion since January. Arnault’s fortune is estimated by Bloomberg at $170.8 billion. The 73-year-old is chairman of French luxury empire LVMH, which includes fashion brands such as Dior and Louis Vuitton and champagne brands such as Moët & Chandon. In February 2021, Bernard Arnault also bought German shoe maker Birkenstock. The passionate art collector is a good friend of Nicolas Sarkozy and was best man at his wedding to Cécileia Sarkozy in 1996.

Musk is also far behind Arnault in the “Forbes” list. The information on the billionaires chart is mostly based on publicly available information on assets such as stocks, real estate, art objects and other luxuries. So they are not accurate and partly controversial.

See also  14 Tips and Tricks The Game Doesn't Tell You