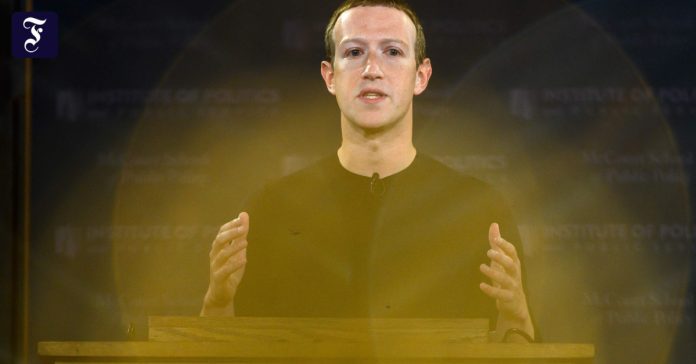 DThe data scandal surrounding the company Cambridge Analytica now applies to the co-founders of Facebook as well Mark Zuckerberg A legal repercussion: Washington DC Attorney General Carl Racine filed suit against Zuckerberg in person on Monday. He accused them of being “directly” involved in decisions that could enable data abuse, while at the same time Facebook misled users with promises of privacy. “Zuckerberg personally played a role in Facebook’s failure to protect user privacy and data,” Racine said.

The Cambridge Analytica data abuse, which became known in 2018, is one of the biggest scandals in Facebook’s history. British company illegally obtained data of 87 million Facebook users.

“This case is not only justified, it is also necessary”

The lawsuit, filed Monday, is one of the first attempts to hold Zuckerberg personally accountable for any misconduct by his company. Attorney General Racine had previously tried other avenues. In 2018 he had already filed a case in connection with the scam Facebook And last year he wanted to add Zuckerberg as an additional defendant in that lawsuit. However, a judge dismissed this on the grounds, among other things, that Racine had waited too long. Instead, Racine has now filed a separate lawsuit.

In a statement, the attorney general said: “This lawsuit is not only justified, it is necessary. It sends a message that business leaders, including the CEO, will be held accountable for their actions.” The lawsuit with Facebook, which began in 2018, has uncovered evidence that Zuckerberg conducted a “direct oversight” on the decisions that led to the data breach. Facebook changed its name to Meta last year.

See also  Volkswagen: Cloud for updates, apps and configurations to be available by 2025