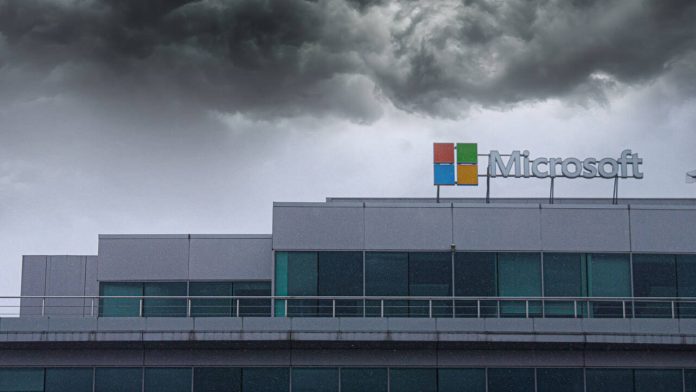 Salesforce already got the ball rolling on Tuesday evening by cutting its sales forecast. Microsoft will follow on Thursday. However, the tech giant is lowering forecasts not only for sales, but also for profits. Microsoft shares are down 3.5 per cent in premarket trading.

Microsoft issued a sell and profit warning on Thursday due to currency effects. In the fourth quarter of 2022 (as of the end of May), American Group is only expecting sales between $51.94 and $52.74 billion. As of April 26, management was still expecting revenue between $52.4 and $53.2 billion.

in his Powerpoint presentation Management justifies the adjustment with negative currency impacts. No wonder, as the dollar has appreciated against several currencies recently. In mid-May, the dollar index climbed to a multi-year high of 105.07 points – the highest value since 2002. The dollar has appreciated particularly strongly against the yen, for example — up 12.7 percent since the beginning of the year.

The currency implications for Microsoft are manageable enough and the stock’s current weakness should be over soon. Investors stay invested and let profits run – especially since a strong dollar is playing into the hands of euro investors.