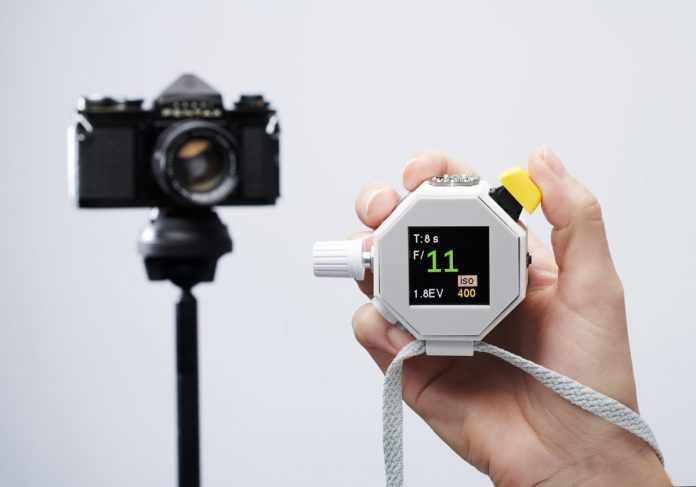 It looks like a classic stopwatch, and the main function is also toggled via the large button on the top right – but the smaller device, called the Photon, is a full digital exposure meter. Such a device is still useful even with modern cameras, as the integrated measuring instruments are in the camera and not on the subject. Measuring light is not only a good idea for complex lighting designs in the studio.

Most of the time, the cameras are still accurate, and this is why in recent years the supply of good light meters has become scarce and the prices high: the range extends from 200 Euros to a few thousand Euros. Self-build Project Photon makes it for about 50 Euros in material cost. Design comes from Swiss collective vibeWhich has already released many hardware projects under open source license.

With this function, the Photon simulates a traditional light meter: time or aperture can be set using a rotary knob on the left, the large button on the top right – this is a switch for a PC keyboard – measurement triggers. Time, aperture, and ISO sensitivity can be selected via another small button on the right.

The actual measurement is done by a color sensor of type BH1745, which is already available on an additional circuit board for minicomputers like Raspberry Pi Pico. This computer is the heart of the Photon, the display consists of a small OLED display. Power is supplied by a Li-ion battery that can be charged via micro USB. But you can’t just weld it together, some soldering is necessary, and the proposed housing requires a 3D printer. Of course, you can also install the parts in another case and use the other controls.

Vibe has the necessary software and all documentation on github provided. Unlike other Vibe projects, the Photon has not yet been offered as a finished device or kit.