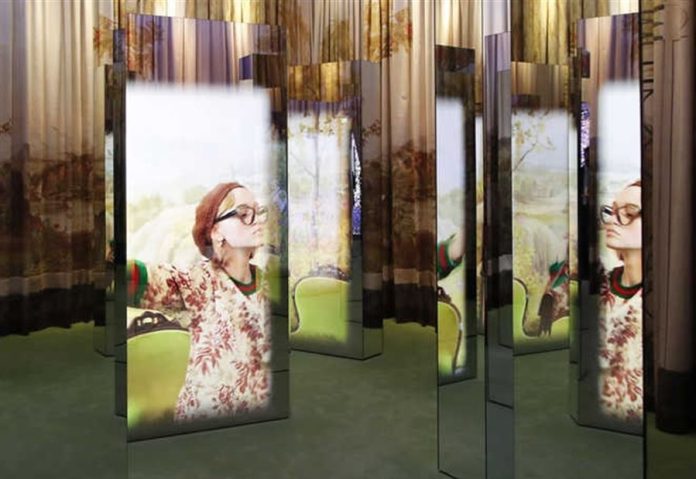 The American Wall Street Journal highlighted the psychological risks associated with “metaverse” applications that major technology companies are developing and expected to soon become part of our digital lives.

In a survey report the newspaper asked: is the “Metaverse” news good or bad?

and the “Metaverse”, a parallel virtual world that allows freedom from physical restrictions by enhancing human interactions through 3D technology, is expected to be the next big leap in the development of the Internet.

This world enables users who wear headphones to attend concerts, attend meetings or go on trips to certain countries.

Some technology and mental health experts say that every new technology, from radio to television and video games, has raised fears that it will alienate users from reality, isolate them, or make them more violent, Fear that some believe is largely wrong, and call it. It is only a matter of time before we integrate it into our daily lives.

However, others argue that the new world will change the very fabric of society, with dire consequences for our mental health.

Jeremy Belenson, founding director of the Virtual Human Interaction Laboratory at Stanford University, explains that spending too much time in a world where everyone is perfect is a big challenge.

“How will this affect a person’s self-esteem?” he asks.

But Peter Eichel, professor of psychology and science communication at Bath Spa, sees that screen and digital technology can be a tremendous force for good, and it is important that tech companies take a thoughtful and ethical approach in developing new technology.

Nick Allen, a professor of clinical psychology at the University of Oregon, stresses the importance of “context” in recognizing emerging technology, saying that “basic precepts for mental health include positive relationships, social support, healthy sleep, and physical activity.” It should be: How much time do people put into it? But it should be: Will the method of use promote or discourage mental health goals?

He explains, for example, that if metaverses are used to replace healthy behaviors such as exercise, engagement in real-life relationships, healthy sleep, and time spent in natural environments, they can be said to be harmful.

Importantly, the new applications are designed with the safety of children and adolescents in mind, the most enthusiastic groups for the technology, says Candice Ozers, a professor of psychology at the University of California. “There has to be purposeful design,” she says.

The opportunities offered by Metzaverse stoked the appetite of corporate giants, forcing Facebook to base its new business on it and renaming its parent group to Meta.

Tencent is developing its own Metaverse platform based on its extensive experience in video game development.

Chinese e-commerce giant, Alibaba has set up a subsidiary to study the various opportunities offered by the metaverse.

Former Meta engineer Frances Hogan, who has raised concerns about the social media giant’s handling of users, has warned that the company’s plans for the Metaverse raise similar concerns.

Finally, Apple has made a state of real aging. what is universal control

BSNL has introduced new, healthy and mast plans throughout the year, mittil many facilities, Mojave Lagnar only and more rupees – Marathi News |...