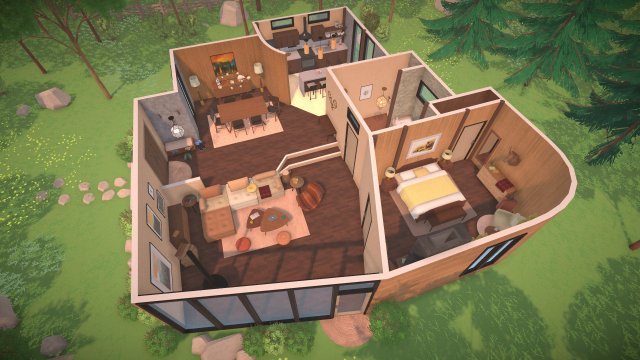 04/24/2022 at 08:45 amfrom Ronda Bachchan ,
Life simulations are extremely popular. Developer Alex Massey has been working on his game in this genre since 2019. Paralives is funded entirely by its community through Patreon and will be released as a single player game via Steam.

With his project, developer Alex Massey wants to move into a genre that Electronic Arts’ “The Sims” has been spreading for years. In “Paralives” players can create their own characters, build their dream home and determine the lives of the residents. The so-called parafolks are at home in a small town with an open game world.

Players are tasked with customizing their Parafolks through an advanced character editor, allowing the characters to be customized from head to toe. This includes skin colour, shape or the personality of your own parafolk. The characters come with an extraordinary art style. The figures have a hand drawn texture reminiscent of watercolor paints. The aim is to make them stand out from the hand-painted surroundings.

The building in Paralives should also be different than in other games of the genre. Players can create gridless constructions. There are also curved walls, resizable objects, and full customization of colors and textures. In addition, the game is supported by content created by other users.

The game is said to be in the early stages of development. Despite this, the Paralives team already has an estimated release time frame in mind, but they don’t want to reveal it just yet. So people should not get discouraged if developers are not able to meet the time window.