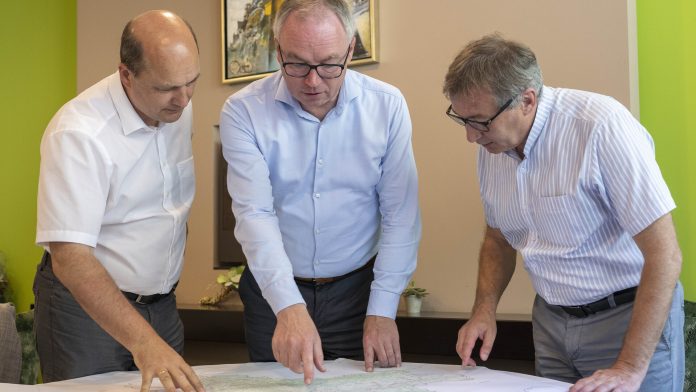 Lower Austria is on track to meet climate goals. In the last year alone, the number of PV systems increased by 25 percent – ​​a total of 60,000 systems currently generate electricity for approximately 190,000 homes. By 2030, however, solar power generation is to be tripled, stressed Deputy Governor Stephan Pernkopf (ÖVP).

On the one hand, this requires PV systems to use more rooftops, parking spaces and traffic areas. On the other hand, of course, previously undeveloped areas. For Pernkopf and the chairman of the union of municipalities, Hans Presl, a principle applies here: first, “bad reasons” are used, and only if necessary, for example, agricultural land.

This principle is also the basis of the regional spatial planning programme, which is now being evaluated. In addition to the already dedicated PV areas, this includes 138 potential locations with a total of 1,288 hectares – including landfills, sewage treatment plants, roadside spaces, noise barriers and around substations, that is, mostly public property.

Concerned communities decide which of these areas will actually produce solar power in the future. “It is good that the responsibility lies with the communities – because acceptance of PV systems requires local discussion,” emphasizes the press. Municipalities can dedicate up to five hectares – up to a maximum of ten hectares – to the planned 138 areas if the ecological concept is presented. However, they can also decide not to re-designate the areas proposed by the country.

See also  The big update for WhatsApp Groups is here

As far as implementation is concerned, Herbert Greisberger, managing director of the Energy and Climate Division of the state’s Energy and Environment Agency, particularly recommends citizen partnership projects.

The new regional spatial planning program is to come into force in late autumn after an eight-week evaluation period. “We are confident that with this program we will be able to accelerate the energy transition as well as protect valuable sectors,” emphasizes Pernkopf.