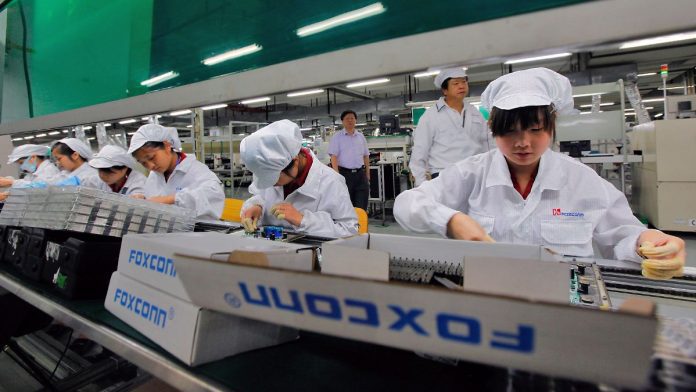 Anyone expecting the iPhone 14 Pro under the Christmas tree will be disappointed. Apple’s top model won’t be available until January 2. There are also constraints with the MacBook. The zero-covid chaos is to blame on the supplier in China. Apple is getting used to. Consumers can too.

If you want to give an iPhone on Christmas, then you have to come up with something new this year. The reason for this is delivery problems at Apple, the world’s second largest cell phone maker. A black iPhone 14 Pro, the Classic, will again be available only in the Apple Store from January 2. And it’s the same with other retailers.

But where do the problems Apple is having in the all-important Christmas business come from? The short answer is: China – the country where Apple produces most of its products. Supplier Foxconn in particular is causing problems for Californians here, or more accurately: the Chinese government’s strict zero-Covid policy.

Recently there have been mass protests against the “barracking” of employees – photographs of the fleeing protesters went around the world. And it just so happened that three weeks ago Apple first acknowledged the delivery problems. The plant in the Chinese city of Zhengzhou is currently operating “at reduced capacity”.

The result: “Our customers have to accept longer waiting times to receive their new products,” said the manufacturer. According to Reuters, until recently the production deficit was about 30 percent. One question Apple has left unanswered so far is how it has affected Germany so far.

Riot happened again this week. Videos on social media on Wednesday showed hundreds of Foxconn employees breaking down barriers and clashing with people wearing hazmat suits, according to Reuters. Police officers tried to push back people with batons and plastic shields. Clashes happened. You can also see how some workers were lying on the ground, apparently injured.

Thousands of workers have now left the factory. Foxconn also promised to pay more to the employees, if they should decide to return. But the measure has not really been successful so far. And the fewer people who work for Foxconn, the fewer iPhones they make.

This is another reason why Apple is already working on the strategy: because capacity is limited, models that are in high demand, such as the iPhone 14 Pro, are mainly produced. Here, Apple increased production to 50 to 60 percent of total production — also because the Pro version has higher margins. The less popular iPhone 14 Plus, a larger version of the iPhone 14, is less manufactured but still available.

In general, if you still want to put a new iPhone or MacBook under the Christmas tree, then you should take a closer look at cheaper models. For example the standard iPhone 14 or its predecessor, the iPhone 13. Apple often delivers them the next day.

This article first appeared on capital.de,