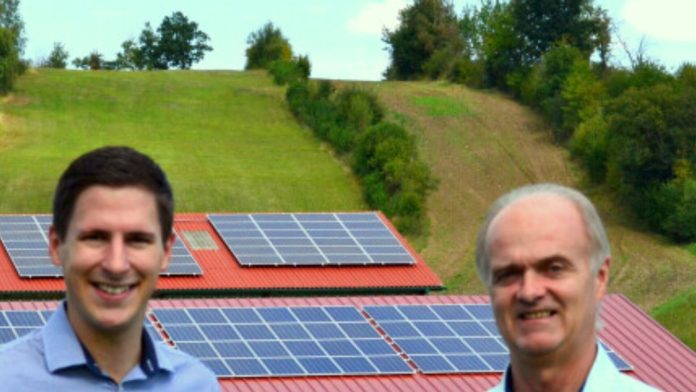 The demand for renewable forms of energy – especially solar energy – has rarely been as high as it is now. Even before the current boom, six communities in the small area of ​​Lansitztal invested in the expansion of photovoltaics. Result: Netz NÖ intends to build a new substation in the Weitra area in the next few years.

Currently the district only has such plants in Gmünd and Heidenreichstein, as reported, Netz NÖ is looking to upgrade the Gmünder plant this year with an investment of 13 million euros. As part of longer-term plans, Weitra is considering a new substation in the area, Netz Nu now confirmed when asked. However, there is still no concrete plan for the location or the line route. New building in the area is necessary in order to “adapt the power grid to the new challenges” – for example in relation to the integration of renewable energy. According to Netz NÖ, the implementation should be around the year 2030.

Testing to “interrupt as little as possible”

Patrick Lear, mayor of Vetra and president of the small area of ​​Lansitztal, is also pleased that Netz Neue wants to invest: “As we have seen for months, we are facing great challenges, and network expansion for further development.” Is necessary.” The Nature Conservancy must check: “Where the substation is being built, there should be as little disruption as possible.”

The fact that photovoltaic systems in particular are on the rise is noticeable even in the small area. Across the district, Netz NÖ, which is responsible for connecting photovoltaic systems, recorded 112 grid access applications in May, for example, and 51 new systems were reported to be finished. According to Netz Lower Austria, this means an increase of 80 percent compared to May 2021.

The limits of current capabilities are becoming clear

Martin Brueckner, the mayor of the municipality of Grosschnau, an energy pioneer, is certain that a substation in the area would spur the expansion of renewable energy. If only because it creates more capacity – the limits of which are already noticeable under the conditions of the existing structure. In a recently submitted school project (NN report) on the topic of climate protection, the expansion of “renewables” was also addressed, although the electricity sector was still 40 percent self-generating over the next ten years. Lansitztal.

Bruckner: “The latest developments were not taken into account. Now I think we will make it 50 percent in the next few years. Also because Netz builds the appropriate infrastructure with the NÖ substation.”

Towards the expansion of biomass away from gas

Overall, he sees the development of the small sector as a positive in terms of the energy transition in recent years. Only: “We have not yet dared to attack the gas heating system.” This should probably be one of the next steps. Accordingly, he sees future prospects in biomass should one “get more out of the forest”.

Even as photovoltaics expand, Grosschnau has room for improvement: currently netting one hectare of photovoltaic area, for full self-sufficiency – which is to be achieved by 2025 – three are needed. “Our limit for plants in the meadow is two hectares. However, only on those soils which are least suitable for agricultural use,” he emphasizes. In the long term, you just won’t get along with systems on roofs.

Thank you for your interest in NÖN.at.

Stay up to date with our newsletter.
Subscribe now for free and get top stories and promotions delivered straight to your mailbox every 2 weeks.