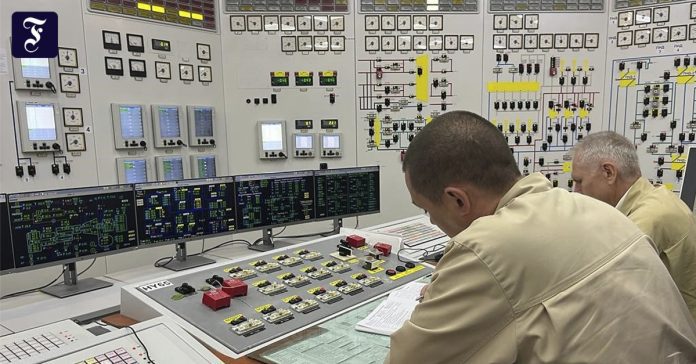 Also according to the IAEA: Ukrainian employees of the Zaporizhia Nuclear Power Plant (photo from September 2)
Image: DPA

According to operator Energoatom, Ukrainian employees of the Zaporizhia nuclear power plant have been kidnapped, tortured and murdered. This statement goes far beyond the recent IAEA report.

DHe is the President of the Ukrainian Operating Company of zaporizhia nuclear power plant Russian occupiers in southern Ukraine have been accused of kidnapping, torturing and killing Ukrainian workers at the plant. About 200 people have been arrested, Petro Kotin told the newspapers of the Funke media group. The fate of some is not known, some have been killed, “we know people have been persecuted”.

These claims are made by the International Atomic Energy Agency (IAEA).IAEA) after his inspection of the nuclear facility last week. The report by IAEA Director-General Rafael Grossi speaks of “a lot of stress and pressure” to which employees are exposed, especially given the few available staff on site. This is not acceptable and may result in human error with consequences for nuclear safety.

The influence of employees of Russian state-owned company Rosatom in decisions and procedures has also been critically noted, as is the fact that the workforce does not have uninterrupted access to all parts of the plant. According to Kotin, there are still about a thousand employees there; Normally it is 11,000. According to the Energoatom owner, Russian occupiers are trying to find out which employees are pro-Ukrainian.