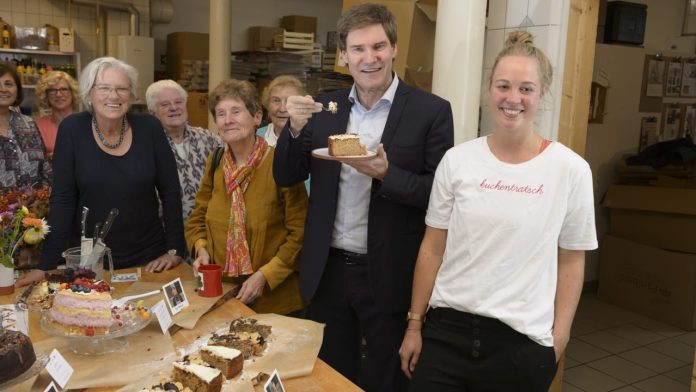 Munich – The beloved nanny immediately won the hearts of the lions – now the Munich company “Kuchentrash” has gone bankrupt.

The idea behind it: 35 Grandmothers and Grandfathers stand and bake cakes at Munich Bakery, creating new dishes and gossip at the same time. It helps against loneliness in old age, and pensioners can also earn some extra.

The cakes were then either distributed or sent by Grandma and Grandpa in Munich. Coincidentally, all 65 employees of “Kuchentrash” were called “grandmothers” or “grandfathers”, even though they actually had grandchildren.

Mashmeyer was enthusiastic, saying: “The model for giving older people the feeling that they are having fun, that they are enjoying themselves – I’m sure they live happier and longer.”

Dagmar Vohrl was also impressed: “I think you’re happy when you see what you can do as a grown man, it’s recognized.”

However, she is no longer involved in “cake gossip,” writes “Business Insider.”

Boss: “My heart is broken!”

But the idea clearly wasn’t that brilliant, eventually leading to managing director Katharina Meyer now declaring bankruptcy. He put the reasons for the failure as follows:

Cake Chatter GmbH planned a crowdfunding campaign this year to close the funding gap on planned investments (particularly for the expansion of the 650-square-metre Adventure Bakery). Unfortunately, the campaign was not as successful as expected and sufficient funds could not be collected.

The application for bankruptcy was filed by our lawyer the day before yesterday. About 80 of our Cake Gossip employees are informed.

On the LinkedIn social media platform, Meyer revealed what she really looked like after bankruptcy: “My heart is broken,” the 33-year-old wrote.