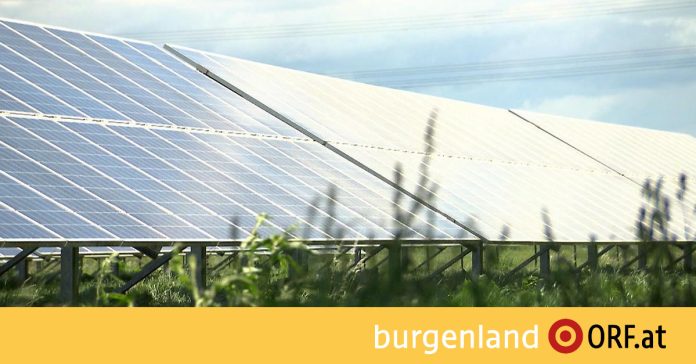 The state of Burgenland will increase taxes for operators of large PV and wind power plants. It will be implemented with amendments to the Spatial Planning Act, planned for mid-November. According to the “courier”, in extreme cases, taxes can increase up to five times. Details are to be announced on Tuesday.

Private individuals who operate a photovoltaic system on the roof of their home are not affected by the tax. On the other hand, producers of renewable energy, who earn very well at current energy prices, will be asked to pay. The state wants all revenue from the planned levy to flow to the Social and Climate Fund presented in the spring – more on this Country establishes climate and social fund,

The amount of the fee is still not clear

Responsible State Councilor Heinrich Dörner (SPÖ) is yet to say how much the tax will bring. The amount of the levy should first be determined by regulation. Nevertheless, the “Courier” already gives figures: according to it, the fee for operators of photovoltaic systems will increase from the previous 1,400 euros per hectare to 6,500 euros per hectare for another year. For wind turbines, the levy will increase from €3,000 to €17,600 per MW.

These figures were not initially confirmed by Landesrat Dörner. A spokesperson referred to a press conference on Tuesday, with further details to be presented.

Criticism from the Greens and FP

Criticism has already come in from the Greens and FPOs. According to Green Club boss Regina Patrick, the taxes will penalize those who will have to invest heavily in the future in terms of the energy transition, a Greens state spokeswoman said.

Alexander Petschnig, the leader of the FPO’s state party, fears that energy producers will pass on the high costs to homes in Burgenland. According to Petschnig, this would push inflation even higher.