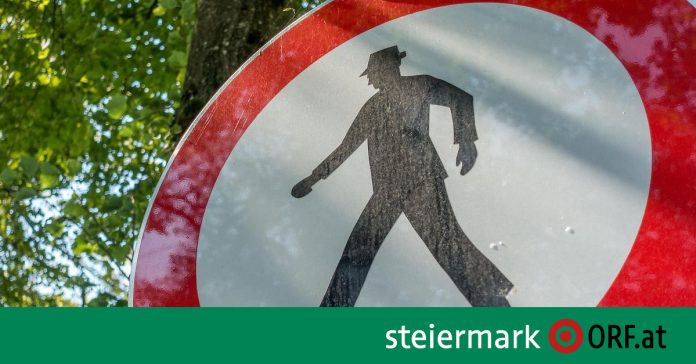 The pedestrians coming out of a corner are not visible to the drivers for a long time. An international consortium with the participation of Alp.Lab in Graz has now developed a technology with which cars should be able to see the future “around the corners”.

If cars and their drivers are automatically alerted to pedestrians who suddenly appear in confusing traffic situations, road safety can be greatly increased. More than 60 percent of traffic accidents in Austria in which people are injured occur in urban areas: in 2020 there were more than 22,000 injuries and nearly 90 deaths in the region. Distraction and inattention are often the cause, as well as unclear traffic conditions.

A system that gives the vehicle and its driver additional real-time information about the environment could reduce accidents between vehicles and pedestrians by giving them more time to react to a potentially dangerous situation. At least that’s what Silicon Valley company Septon Inc., connectivity specialist TE Connectivity and mobility test service provider Alp.Lab in Graz believe. All three companies have recently been able to prove that it is theoretically possible to have a related real-time traffic analysis and communication solution.

Their project, called “Periscope,” expands drivers’ field of vision by using laser-based sensors mounted on intersections to look around corners and warn pedestrians – several seconds before they were visible to drivers themselves. . Laser based sensor (lidar) is considered to be the dominant technology for automated driving.

“We tested a scenario in which a pedestrian began to cross a road around a curve, stepping into the lane of an oncoming test vehicle. With our solution, the test vehicle’s field of vision prevented the pedestrian from appearing. The driver was warned five seconds earlier,” says Christoph Knoder of Graz Alp.Lab. The consortium plans to conduct quantitative tests in the coming months to confirm the initial test.

Alp.Lab took over system integration and testing. Proprietary software translated the perception data emitted by the lidar system into collaborative awareness messages (CAMs). They provide information about the flow of traffic, vehicle position, speed, direction of travel, etc. The test service provider and specialist for automated driving tasks in Graz also provided the test area and technical infrastructure for “Periscope”.