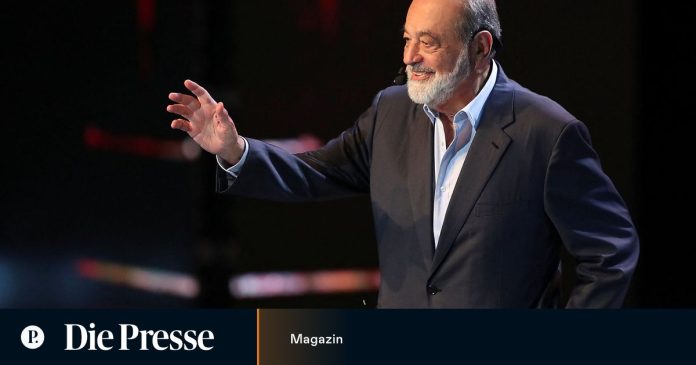 America Movil, the Mexican majority owner of the partly state-owned Telecom Austria, is looking to polish its image in Austria. It’s also about a lot.

that Carlos Garcia Moreno Elisondo A visit to Vienna in itself is not unusual. Moreno is the CFO of Mexican telecommunications conglomerate America Movil – which in turn holds a 51 percent stake. Telecom Austria holds. And Moreno is also the Deputy Chairman of the Telecom Supervisory Board. Nevertheless, his visit to Vienna next week is quite remarkable. Moreno is looking for contacts with “a select few business journalists,” as the saying goes. And he also hired the Viennese consulting company Pantarehi for this purpose. What’s behind it?

some. Since the summer of 2012, America Movil has continuously bought shares in the Austrian company, mainly thanks to an investor. Ronnie Pesik, who had acquired about 21 per cent a few months back. And in the summer of 2014, Mexico had a 51 percent majority in Telekom Austria. So you’ve been investing in Austria for quite a long time – but the Telekom majority owner remains more than publicly reserved and thus somewhat abstracted in the media. The frequently used word “Mexican” says a lot.