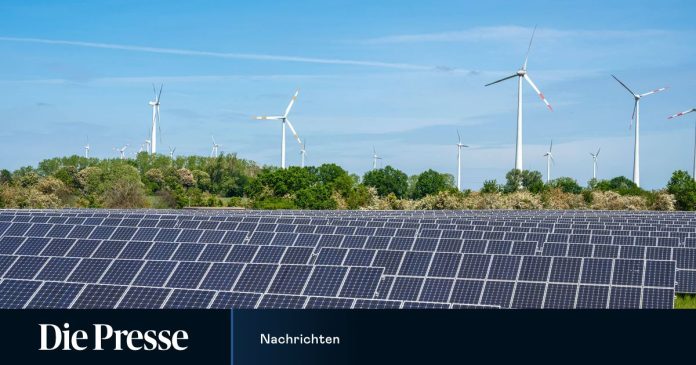 There was an increase of 117 percent in solar power compared to the previous year 2020. In the case of wind energy also 1168 percent. However, there are significant differences between the federal states.

The expansion of photovoltaic and wind power picked up pace last year. There has been an increase of 117 percent in the case of solar energy and 1168 percent in the case of wind energy compared to 2020. However, in 2020 there was a real pause for wind turbines. The trend for the expansion of photovoltaics is more stable than for wind power, as can be seen from a report by the Ministry of Climate Change, which annually surveys how fast the energy transition is progressing.

The ministry is recording growth and thereby creating new records in all sectors. Biomass fuels were up 10.6 percent and biomass stoves were up 28.2 percent. The growth for heat pumps was 21.6 percent and for PV battery storage was 131 percent.

“The results show very clearly that we are on the right track. The people in Austria are ready to act. They want to get out of their dependence on Russian gas, ensure an intact nature for their children and grandchildren. and they are taking advantage of the support programs for investment in renewable energy,” the climate minister said. Leonor Gewesler (Greens) A “growth dynamic that makes it possible to phase out fossil fuels”.

There are noticeable differences between the federal states. The expansion of wind power was almost exclusively confined to Lower Austria and Burgenland. Lower and Upper Austria and Styria are leaders in photovoltaics. The report also shows that many biomass heating systems are being installed in Styria and Carinthia, but relatively few heat pumps. In Burgenland, on the other hand, three times as many heat pumps as biomass heating systems were installed in 2021.