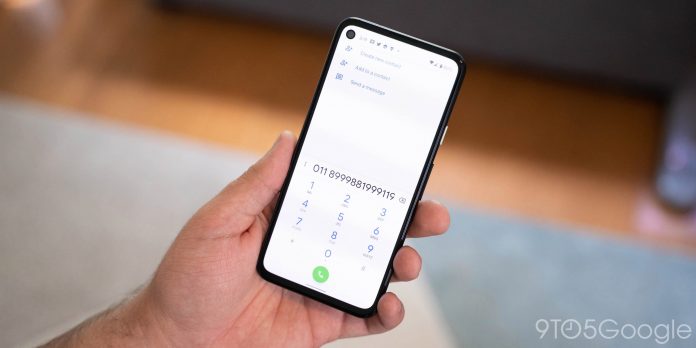 Somewhat influenced by the launch of Android 11, Google launched its phone app earlier this month. On non-pixel devices And added a new “checked alls” capability. To be consistent with this launch, the app is now called “Phone by Google” on the Play Store.

The Google Play list for this app has long been called “Phone”. It is now Officially: “Phone Caller ID and Spam Security by Google.” The latter is a clear move to attract people looking through the app store by immediately highlighting key capabilities and differentiators. Many names are dragged by application name and icon to dig deep when searching for results.

Adding “via Google” is a fairly standard move for the company. Other applications with this naming scheme: Files, Wear OS, Photoscan, Gallery Go, Read Alone, Lookout and Socratic.

There is no change to the actual application name that appears on the actual homescreen or launcher. Meanwhile, the tagline “Phone by Google” was used Advertising Original Pixel and Pixel XL as a way to introduce people to the company’s new brand.

Going forward, it will be interesting to see if the “messages” get the same treatment. It used to be “Android Messages”, but after leaving the name OS, it became more or less Google Messages. Like the phone client, it has huge availability as a default lt rcs client for many phones.

More about the phone: