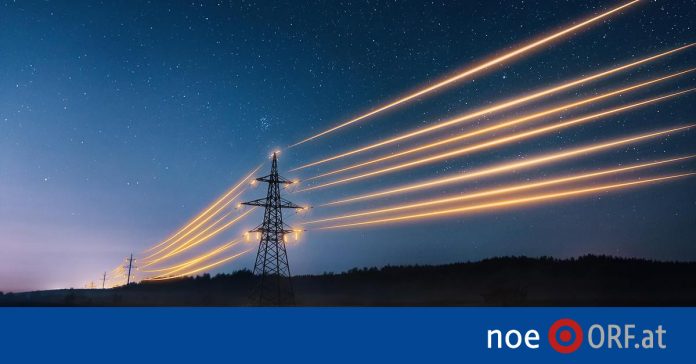 Lower Austria is already the federal state with the most renewable energy from wind and solar, Deputy Governor Stephan Pernkoff (OVP), who is responsible for energy, said at a press conference on Friday. On the desired path to energy independence, this is to be achieved with an additional 250 wind turbines by 2035 and 130,000 additional photovoltaic systems by 2030.

As the basis for energy independence, security of supply, more renewable energy and thus climate protection, the power grid must now also be expanded extensively. Therefore, Pernkopf and Gerhard Christiner, board members of APG, the operator of the Austrian transmission system, on Friday presented objections to the expansion of the power grid.

“For the transformation of the energy system to succeed with a secure supply and to be able to meet all our electricity needs from renewable sources by 2030, we must transform and expand the entire infrastructure. This required a comprehensive system plan and quick implementation time,” says Kristiner. “The Venviertel line was realized in six years – from idea to commissioning. This is a showcase model for Austria and unfortunately the exception: the approval process is still taking too long.

APG will invest EUR 3.5 billion in expansion across Austria over the next ten years, including approximately EUR 550 million in Lower Austria. According to Pernkopf, this is important “because people need to be able to connect their PV systems to the grid and be able to rely on the fact that power grids are safe.”

Pernkopf says EVN and Netz Niederösterreich, the largest network operator in Lower Austria, “will make the greatest effort and work as soon as possible to create sufficient network capacity and build new green power plants connected to the network”.

Appeal to energy suppliers to “invest”

“Netz Niederösterreich will therefore invest 250 million euros every year to modernize and strengthen the power grid. Netz Niederösterreich currently operates 92 substations, 40 are being built or modernised,” said the deputy governor. He also appealed to other energy suppliers, such as Wien Energy with its approximately 200,000 Lower Austrian customers, to invest extensively in terms of energy independence and security of supply.

Of Austria’s electricity requirement of 70 terawatt hours, ten are imported, ten from thermal power plants and the remaining 50 from renewable energy, according to APG CEO Kristiner. If the winter in Austria is “not too extreme”, he does not see any problem with the power supply.