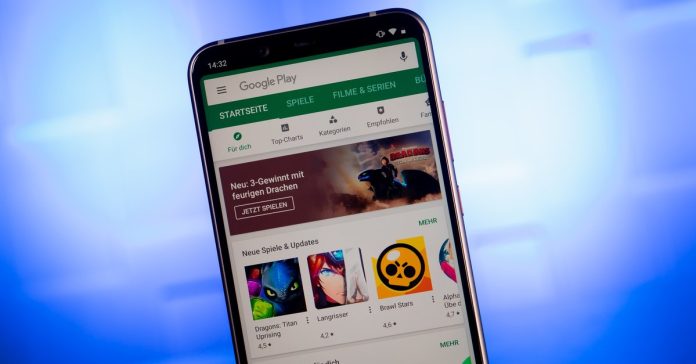 Google tries to check for Android apps that end up in the Play Store so that you don’t get malware on your smartphones and tablets. However, attackers are always coming up with new ways to circumvent security mechanisms. Similar is the case with QR Code apps, which have already recorded thousands of downloads and can steal your bank details and more.

Android app can steal your bank details and more

Always cases happen againIn which it is announced that Android apps that should have never ended in the Google Play Store malware Infects and infects smartphones and tablets. Exactly the same happened with QR code scanners. Has been downloaded over 10,000 times, The problem is that the attackers were extremely intelligent. The Android app itself was harmless. Only with subsequent installation did the app become dangerous (source: clefy,

The banking trojan “Teabot” was previously used for phishing via SMS. Now it is also used in Android apps. In this case, it was also installed through the app after the Google Play Store’s security mechanism did away with the already harmless QR code scanner app. app is affected Name “QR Code & Barcode – Scanner”, which Google has since removed. If you’re unsure, uninstall your QR code scanner app with this or the same name and just install another app from the Play Store, which should probably be safe.

How to Protect yourself from malware:

Antivirus programs do not detect threats

If you have an antivirus program installed on your smartphone or tablet, you shouldn’t feel safe. Because if you agree to the installation and access of the app, you can also Antivirus program can’t do anything anymore, So you should take a closer look at each app to see how it behaves and what permissions you issue. Once a Trojan is on it, it can gain access to all personal data and apps. So if you’re about to install extras through an app that doesn’t come from the Google Play Store, you should always be careful.

See also  SAP system up and running: First breakthrough since IT attack against State of Carinthia: Payments possible again