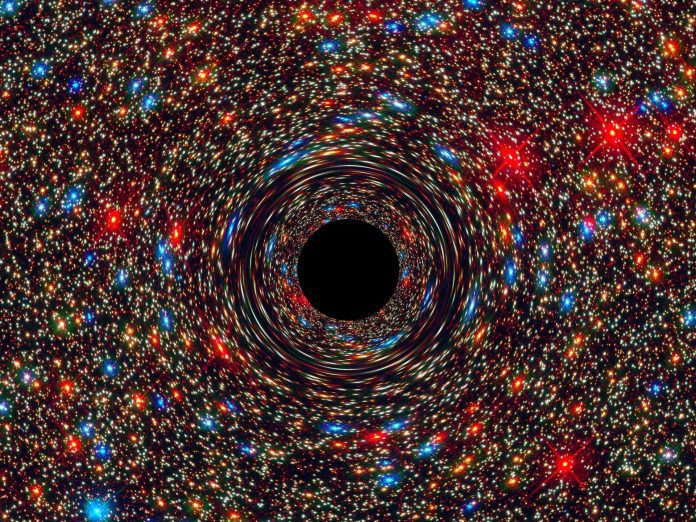 NASA has recorded and published the mysterious sounds of black holes. They come from pressure waves emanating from black holes.

The vowels, which are as terrifying as they are beautiful, are raised 57 octaves for people to hear.

Another type of black hole sonification has also been translated into music. You can hear both in this article.

The vacuum of space is supposed to be silent. But the US space agency NASA has discovered that sound emanates from black holes. Crafted to the human ear, they sound quite mysterious – and mysteriously beautiful.

NASA announced on Twitter on Monday an audio clip with sounds. They come from pressure waves emanating from the black hole. Here you can listen to him.

“The misconception of no sound in space stems from the fact that much of space is a vacuum where sound waves cannot propagate. There is so much gas in a galaxy cluster that we actually heard sound,” NASA tweeted.

However, the actual sound is outside the human hearing range, 57 octaves below middle C. The Chandra X-ray Observatory recorded data from visible X-ray waves in the Perseus spiral arm of the Milky Way, which correspond to inaudible sounds. NASA then scaled the sounds from their actual pitch to a value that humans can hear.

NASA already had the audio clip on its website in May freeBut only the tweet garnered a lot of reactions.

“Everyone talks about how scary it is, but the way it cuts to me is by far the scariest part,” Told Astronomy blogger Phil Platt.

When this clip was first released, NASA also shared another edit of noise data from M87, the black hole shown in the first black hole photo taken by the Event Horizon Telescope project in 2019.

The music is also derived from X-ray data from the Chandra Telescope, but includes audio interpretations of optical data from the Hubble Space Telescope and radio waves from the Atacama Large Millimeter Array in Chile. NASA merged this data into the music.

The loudest part of M87 music corresponds to the brightest part of the image – right where the black hole is.