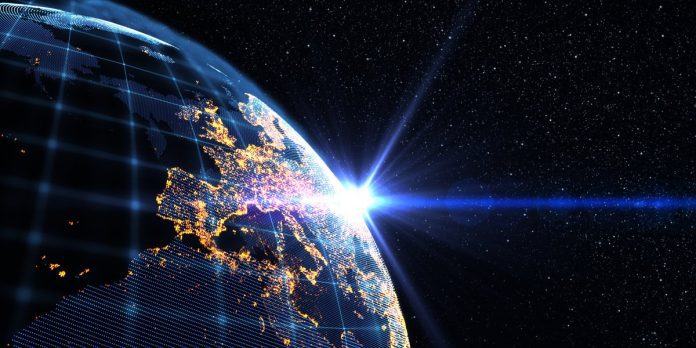 The father of the World Wide Web, Tim Berners-Lee, does not see blockchain as the most viable solution for building the next generation of the Internet. According to US broadcaster CNBC, “Ignore Web3 content,” the physicist and computer scientist advised viewers at the Web Summit in Lisbon on Friday. So he was not at all sure about the future plans of the crypto visionary.

“Creating clarity is important for debating the impact of new technologies,” Berners-Lee said. according to the report On the big conference stage. “You have to understand what the words we’re discussing really mean, beyond buzzwords.”

The computer scientist and physicist described it as a “real shame” that the “Ethereum people” had adopted the existing name Web3 “for the things” that they do with the blockchain. In fact, this form of Web3 is “not web at all”.

Decentralized Internet of the Future

The idea behind the still comparatively vague term Web3 is a decentralized Internet in which data remains in the hands of users and does not disappear across the closed platforms of operators such as Amazon, Facebook, Google and Microsoft. The initiative is based on Distributed Ledger Technology (DLT), which includes blockchain, cryptocurrencies such as bitcoin and ethereum, and non-fungible tokens (NTFs). For example, Opera introduced a fairly comprehensive Web 3 native application in January with the “Crypto Browser Project”.

Berners-Lee is also in favor of opening up data silos. The Director of the World Wide Web Consortium (W3C) relies on its own decentralized web project, Solid. The open source initiative aims to enable users to decide for themselves where their personal information is stored. Ideally, this is a dedicated “solid data pod” over which the owner has complete control.

The UK sees no place for DLT in this context. “Blockchain protocols may be functional for some things, but they are not good for SOLID,” he explained. “They’re too slow, too expensive, and too public. Personal data storage has to be fast, cheap, and private.”

Berners-Lee complained that many Web3 technologies were confused by the more widespread “Web 3.0” concept that he helped to shape. Its original approach was to create a semantic web rich in data that could be read and processed by machines.

To implement Solid, the 67-year-old founded start-up Input, which reportedly received US$30 million in venture capital in a financing round in December. The company wants to develop a global “single sign-on” function with which anyone can log on to web services from anywhere. There should also be a login ID so that users can share their information with third parties. A “Common Universal API” is also planned, a programming interface that applications can use to retrieve data from any source.

Hope of the Web as a Collaboration Tool

Back in June at The Next Web conference, Berners-Lee answered the question of whether he believed in Web 3’s bountiful promise, shortened with “no”, He actually envisioned the web more as a collaboration tool, he explained at the time. The parts of the solution must develop simultaneously from different minds. The result was more of a publishing medium. However, he does not give up hope of realizing his initial idea.

In principle, the web father is not the enemy of blockchain applications. For example, in 2021, he had his own original source code for the World Wide Web, which he developed during his time at CERN, the European nuclear research institute, which was auctioned as NFT by US auction house Sotheby’s . To do this, he signed the files with the original time stamps. The auction raised $5.43 million for the digital artwork that will go to charitable initiatives.

Berners-Lee already used Web Summit in 2018 to propose a new social contract for the Web. According to him, “Magna Carta” should help combat undesirable incidents such as hate, state hacking and cybercrime by building strong communities. It also targets business models that help spread propaganda. The finished edition was the focus of the opening of the United Nations Internet Governance Forum (IGF) in Berlin in 2019. Its principles were incorporated into the Declaration on the Future of the Internet, which was published by the United States and the European Union with partners in April. ,