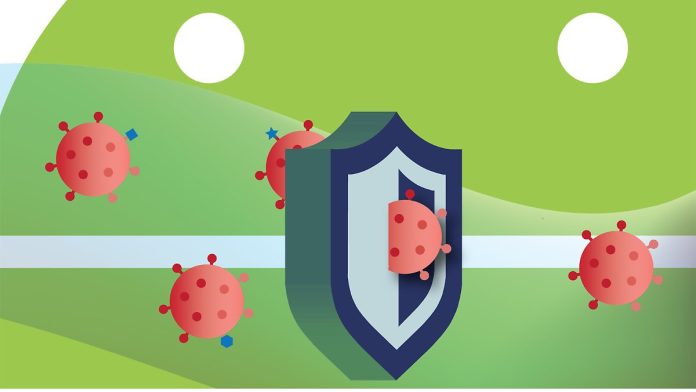 Trackers and Malicious Links
Many antivirus and cleaning apps are dangerous

Free antivirus and cleaning apps are popular among many Android users. But many of them do more harm than good or are even dangerous, according to a study of the 40 most frequently loaded applications.

Whether Android smartphones require additional antivirus apps or can be made faster with apps that remove junk data is highly controversial. In any case, if you install something like this, you should be very careful and suspicious, especially if you do not have to pay anything. a test ofcyber newshave shown that these categories have trackers in the top 40 most installed apps, some even putting users at risk with malicious links.

Tested applications have been downloaded almost 1 billion times, with the most popular having from one to several hundred million installations. They all come from the Google Play Store, so not from a dubious source.

Only two out of 40 apps do not have a tracker to tap user data. In Nova Security, which has 4.5 out of five stars in the Play Store and has been installed over ten million times, testers got 40 snoopers, in Fancy Booster, which has been downloaded over a million times, 28 on the job . From the same developer comes Fancy Security, Fancy Battery and Fancy Cleaner, which brought 23 and 20 trackers respectively to the smartphone – all with top ratings and over a million or five million downloads.

Fancy Booster is also one of those apps in which “Cybernews” discovered malicious links that can be used to hack smartphones. In Dr. Capsule Antivirus, which has over ten million installations, testers found three dangerous links. Two malicious links are lurking in Go Security (no longer on the Play Store) and Virus Hunter, which have over 50 million downloads, and one each in Fancy Booster and Phone Junk.

No app is really secure

Since all other tested antivirus and cleaning apps also have “questionable coding practices” and other shortcomings, even the most thoroughly tested app Keep Clean ranked “Cybernews” on 100 potential protection points. Out of which only 54 were achieved. This application has been downloaded more than 100 million times.

Testers were unable to analyze two of the 40 apps because the developers used obscure technology. CyberNews said this is usually done to protect intellectual property or hide malicious behavior. It is impossible to say what is the matter here.

Be careful or use tested apps

Since antivirus and cleaning tools require extensive permissions to work, they can inherently be very dangerous. They’re not absolutely necessary if you follow some basic security rules: downloading apps only from the Play Store, allowing “Unknown sources” in the settings is prohibited. Critically check permissions, keep software up to date. Think first, then tap on the link and back up regularly.

If you want to have all security settings at a glance, don’t want to do without apps from other sources or feel vulnerable without additional antivirus protection, you can use tests from av comparative And avi test watch.

In principle, you can do without cleaning tools, but they can have a positive effect on smartphones with very little memory. In this case, the user can access “mobile safeTried SD Med or LTE Cleaner and recommended.

See also  What is a pellet heating system suitable for?