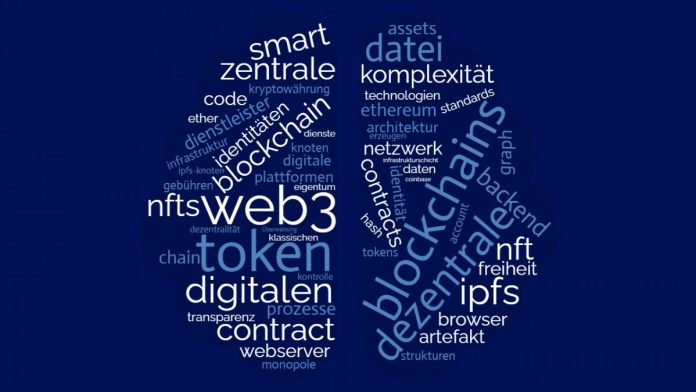 The term Web 2.0 was coined in the late 1990s and early 2000s. It systematically developed various socio-technological phenomena on the web under a collective term – such as personalized, dynamic web experiences, user-generated content – ​​and still describes the web as it is used by people today. goes. Now, a movement of startups and blockchain activists backed by massive amounts of venture capital is preparing to build the next level of the web. Web3 should not only represent an incremental update of the status quo, but should also solve the fundamental problems of the web as it is today. The concept presented here is not a further development promoted by the World Wide Web Consortium (W3C).

While Internet infrastructure protocols such as TCP/IP not only enable decentralization, but are also actively implemented in standards and implementations, Web 2.0 has largely centralized itself to a few, closed platforms that are part of digital life. Some monopolize aspects: Facebook owns the social graph, Amazon the shopping graph, Spotify the musical interest graph. Above all, these are also concentrations of monopolistic power that lead to a manageable number of companies controlling individual companies or individual aspects of digital life and its expression: Facebook decides for the mainstream what is an “acceptable expression of opinion.” “What are. YouTube unilaterally decides whether its own video will appear or be banned from the Internet because of copyright claims.

While the web today offers countless platforms for artists and writers to make their content available to the masses, generating a decent, reasonable income from it is still a fantasy for most. Content delivery is a problem that has already been solved. However, effective monetization of content that can be copied at will is still a challenge – the demands and regulations of the platforms that organize distribution are difficult to meet: this means that individual cultural activists are on the platform with massive power imbalances. are dependent on. The topic of content censorship is also raised repeatedly: if all relevant publications are on the platforms of large companies, it is easy enough for states to suppress some unwanted communication.

The Web3 movement is not a homogeneous community, but a loose association of people and groups with very different motivations and beliefs. Nevertheless, there are some ideal overlaps that form the basis of technical architecture and implementation. The ideal center of the Web3 movement is formed by the following values, which the Web3 approach strives to maximize as possible:

with digital asset This means, on the one hand, that each digital artifact can be assigned an identity and that the person(s) controlling this identity can control the artifact. A key form of control here is the ability to transfer an artifact with or without payment. Equally important, artifacts cannot be modified or removed by others.

decentralization It is intended to ensure that monopolies do not develop – as on the current web – but above all to guarantee that no one is excluded or restricted in their expression, for example due to state interference.

transparency Web3 is the basis of digital coexistence. All relevant information about artifact transactions must be transparent and controllable for all participants to enable trust in the entire system: fraud must also be impossible as it cannot be hidden.

freedom from restrictions It means the negative freedom of individuals from censorship or control of others, especially states or, for example, platform operators.

Due to the diversity of the Web3 movement, not all of these values ​​are equally important to everyone in the field, but they do well describe the mental framework from which the problems of the Web are to be solved and that integrates technical designs. They affect .