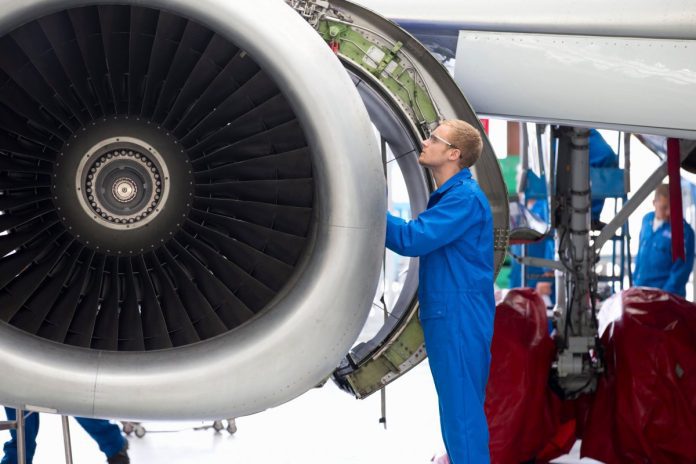 Air traffic accounts for three percent of global greenhouse gas emissions. Accordingly, it eventually makes sense to make the aircraft climate-neutral, for example through new propulsion technology. Problem: With currently available e-turbines including batteries, there is only a small range, which is only 50 safe kilometers with a dozen passengers, according to a current analysis by ICCT (The International Council of Clean Transportation).

The limiting factor is the power supply, specifically the amount of energy that can be stored in a small space. Even with kerosene, airlines pay attention to weight – whether it’s baggage restrictions or extra narrow and extra light seats. It will also be mandatory for electric aircraft. In addition, conventional batteries do not have the required energy density to power even the lightest aircraft over long distances with sufficient passenger numbers.

Over the past 30 years, improved battery chemistry has packed more and more power into smaller spaces. Further improvements could help make electric aircraft a more viable alternative to air travel. But they are not there yet – and ultimately the future of electric planes depends on advances in battery technology.

The prospects of electric flight in the near future are attractive in many ways. Aviation is a growing contributor to CO₂ emissions that cause climate change. Battery-powered aircraft could help accelerate decarbonization in this growing sector.

Where appropriate, emissions reductions can be significant. Jayant Mukhopadhyay, a traffic analyst, says that a battery-powered aircraft charged with renewable energy can emit about 90 percent less emissions than today’s jet fueled aircraft. ICCT in relation to the new analysis, Most of the remaining emissions come from manufacturing accumulators, which would need to be replaced every year by most aircraft.

Batteries are an efficient way of using electricity. In an electric aircraft, about 70 percent of the energy used to charge the battery actually powers the aircraft. While the battery and e-motor have some disadvantages, the overall efficiency is quite high compared to other options that can be considered for decarbonizing air travel. For example, with hydrogen and synthetic kerosene, the maximum efficiency can be 20 to 30 percent.

Given this potential, some start-ups expect to be able to implement small electric aircraft for relatively short ranges before the end of the decade. Hart Aerospace, a Sweden-based start-up, is one of the companies trying to use the battery capacity to commercialize electric aircraft. Its 19-seat aircraft will begin flight tests in 2024 and could fly commercially by 2026, according to CEO Anders Forslund.

“Our goal is to create the cheapest, fastest and most environmentally friendly mode of transport in the world,” says Forslund. The company plans to launch in specific markets, such as ‘hopping’ in fjords in Scandinavia. These routes are difficult to replace by land transport, ships take too long – and in some countries such as Norway they may be subsidized by the state.

However, according to Forslund, these trips are just the beginning — and the goal is to cover regional air travel around the world. Despite the current battery technology, the company says its planes can fly around 400 km. This corresponds to the distance between New York City and Boston or between Paris and London. However, the demand for batteries is high even for these short distances. Hart’s 19-seat aircraft will carry about 3.5 tonnes of batteries, which is equivalent to the capacity of eight to 10 electric vehicles in total.