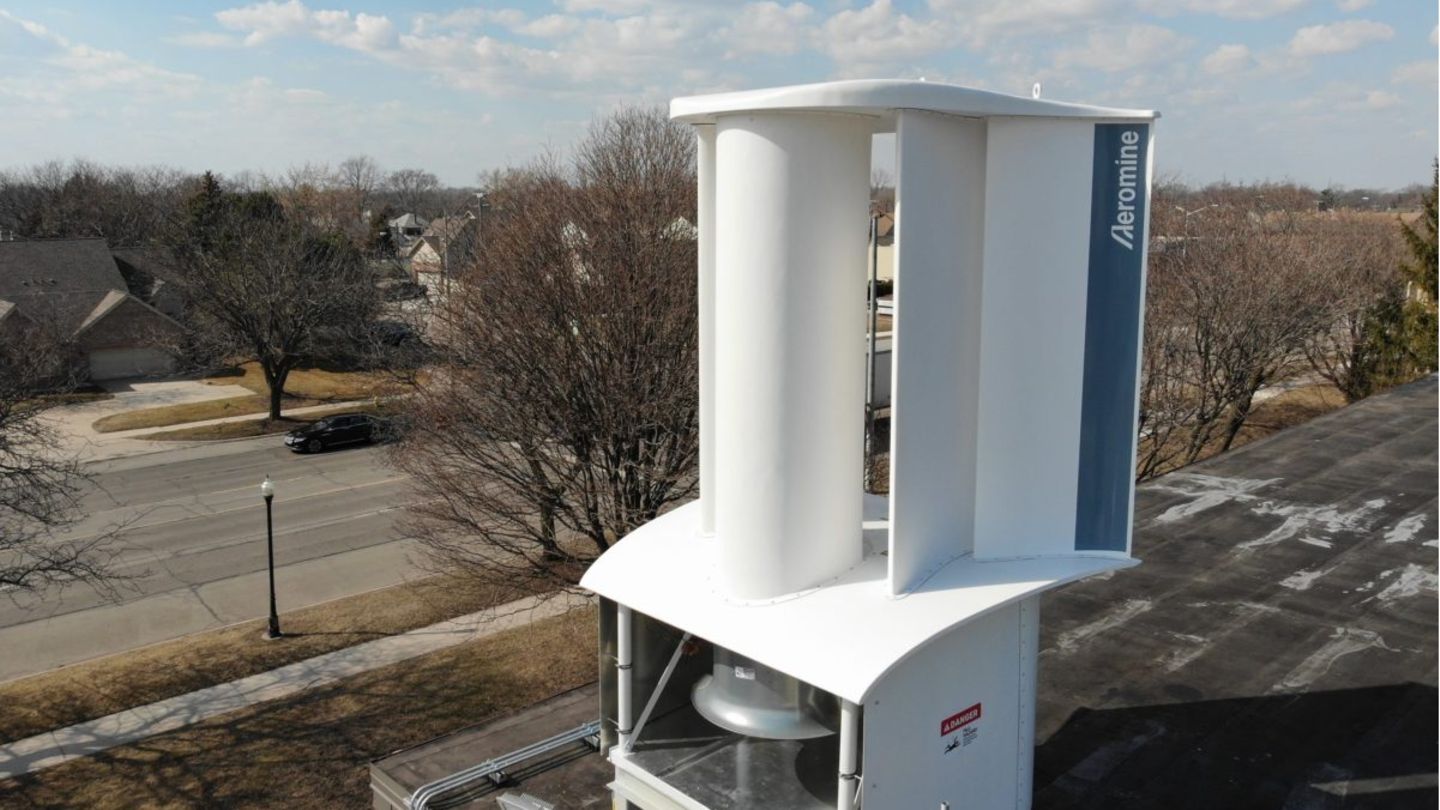 A box was developed in Texas that captures air, inflates it, and then generates electricity inside. Without noise and without spoiling the landscape. One box produces 5000 watts and supplies power even at night and in dark weather.

who’s at home Electricity Wanted to generate had previously relied on solar. As equipment exceeds the size of a better toy, building your own small wind power plant is subject to stricter requirements. This is partly due to the equipment’s emissions – the running noise and the strobo effect of the leaves in sunlight. Aeromine Technologies – a spin-off from the University of Houston – has now presented a new generation of wind turbines that remain completely motionless and silent on a landscape or rooftop. This system should also be much cheaper than the solar system. “Aeromine Technologies’ patented stationary wind power system produces up to 50 percent more energy at the same cost as a rooftop solar array,” the company said.

How does the device work? In fact, the plant is motionless only when viewed from the outside. There you see only one kind of wind catcher. Its shape captures the wind and directs it into the actual turbine. Then, of course, something goes on there. The turbine is oriented vertically and rotates within the device, generating electricity. The entire box is three to four meters high, with the previous test systems erected on a base of sorts, with supply lines possibly running. Installed properly, these can be ceiling or underground.


Instead of privacy screens – Americans develop air fences for everyone

Small wind power plants are not new. When it comes to scaled-down versions of large systems, they can hardly be installed in residential areas. There are also smaller vertical turbines. The highlight of the Aeromine system is the aerodynamic wind catcher, which enhances efficiency. It accelerates light air into strong wind and optimizes air flow, even if it doesn’t hit the device directly. The catcher has a larger area than the turbine opening. Basically, these catchers are based on the famous Venturi effect, by cleverly reducing the air flow, the flow rate is increased.

The equipment is initially intended for commercial buildings. 20 to 40 pieces can be placed on one roof. The wind usually blows faster on a roof and is not deflected from a height on the ground. Boxes require significantly less space than solar panels. It is believed that one box delivers 5000 watts – this corresponds to about 12 solar panels of 400 watts, which together require approximately 50 square meters of space. Of course, the roof-mounted wind box can also be combined with a solar panel. This also differs from windmill-shaped devices, whose rotors will shade neighboring solar panels.

In principle, such devices can be installed only in places where it is not windless. A reasonably stable wind direction is also important, as the boxes cannot currently be turned in the wind. This would be easy to do as it would only require a plastic catcher to move it around the turbine. Due to the reinforcement effect, however, the storm should not occur. The advantage of such a system is obvious: it supplies electricity round the clock and throughout the year. The longer operating time also explains the cost advantage over the photovoltaic system. The annual watt-hour harvest of 5000 watt cans is far greater than that of panels of similar capacity.

Watch video: Mini wind power plant – generating energy even with the slightest movement of the wind.

Since boxes are completely imperceptible and do not pose any dangers such as bird attacks, they can also be useful additions to private homes – provided they are in a suitable location. This tool will not work in a mini garden surrounded by hedges and buildings on all sides. Quite isolated but in the open countryside near the coast.