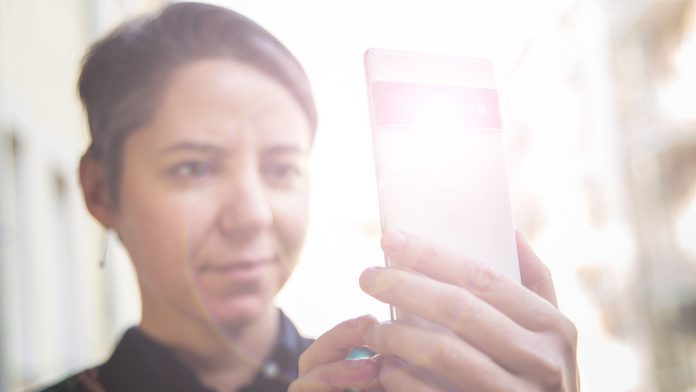 “Which smartphone takes the best selfies?” We asked you exactly two weeks ago – and you voted with 8577 votes. The winner doesn’t come from Apple, Samsung or Xiaomi, but from Google! According to the NextPit community, the Pixel 6 Pro takes great selfies. Here you can see the result and photos again in detail.

For the impatient, here’s the result in a nutshell:

To determine the scores, we evaluated the results of the individual images. First place got six points, second place got five points, and so on. You can find out more about setup in our Selfie Camera Blind Test Original article with vote,

Before we look at the results in detail and compare the image quality of different smartphones, one more note: this blind camera test was not only done on NextPit.de, but on the sister domains NextPit.fr and NextPit.com was also done. For evaluation, we combined the votes of all three blinded trials.

For the first motif, you’ve got the best iPhone 13 Pro selfie ever – 42 percent voted for Apple here. The Find X5 Pro comes in second, with the rest following at a considerable distance and collecting around ten percent points. Only Xiaomi 12 Pro is clearly defeated by three percent of the votes.

The second motif looks very similar to the one where we activated the bokeh mode. Here too, the iPhone 13 Pro is clearly ahead with 45 percent of the votes this time. However, second place is closely contested – the Pixel 6 Pro is 22 percent ahead of the S22 Ultra (17 percent) and the Find X5 Pro (14 percent).

A very similar picture emerges when Bokeh mode is activated: You voted for the iPhone again with 27 percent, but this time it was followed more closely by the Pixel 6 Pro (23 percent). Xiaomi 12 Pro and Oppo Find X5 Pro are in third and fourth place, each scoring 14 percent.

With our tough backlight motif, there’s finally another winner. 45 percent of you voted for the Google Pixel 6 Pro here. Samsung’s Galaxy S22 Ultra is in second place with 38 percent. Oppo Find X5 Pro lags far behind with twelve percent, with the rest coming together at less than five percent.

The result looks very similar for a backlit subject with bokeh active – only Google and Samsung switch. The Galaxy S22 Ultra comes in first place with 52 percent, Pixel 6 Pro comes second with 41 percent. After all, Oppo got six percent, the remaining three percent are from Sad Rest.

Which smartphone copes best with our mixed lighting scenario? 31 percent of you say: Pixel 6 Pro. The iPhone 13 Pro is in second place with 26 percent, followed by Find X5 Pro with 22 percent. Sony, Xiaomi and Samsung come in at eight, seven and six percent.

With Bokeh mode activated, Antoine’s selfie results look the same: again, the Pixel 6 Pro comes in first with 28 percent, but this time the Find X5 Pro (21 percent) and iPhone 13 Pro (19 percent) place comes. After this comes the number of Sony, Samsung and then Xiaomi.

Do you like taking selfies in low light bars? Then this motif is for you – and the result is obvious. Samsung’s Galaxy S22 Ultra received 39 percent of the vote, followed by the Pixel 6 Pro (24 percent) and the Xperia 1 IV (14 percent). The last three places are followed by Oppo, then Apple and finally Xiaomi.

With bokeh mode activated, the S22 Ultra is a lone top – and smoothly collects 60 percent of all votes. The second place goes to the Pixel 6 Pro with 17 percent, followed by the Find X5 Pro with 14 percent. Apple still has eight percent, Sony and Xiaomi only one percent.

Which smartphone do you think performed best in our blind selfie camera test – and which ones are most important to you? Incidentally, we also evaluated Motifs with Bokeh Mode separately to choose the Bokeh Champion. However, the result was the same: Pixel 6 Pro before iPhone 13 Pro before Galaxy S22 Ultra.

So out with the language: Who’s your favorite? We look forward to your opinion in the comments!