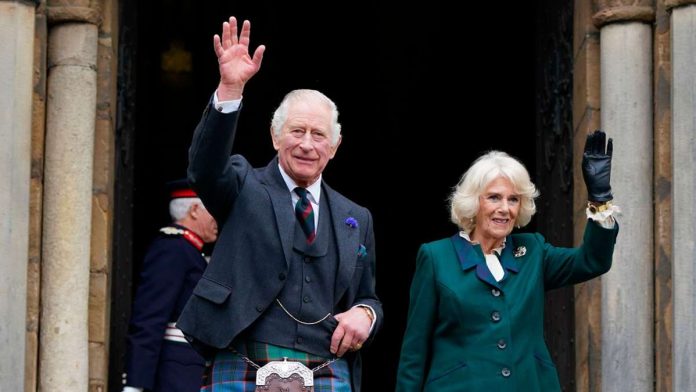 Despite the new era in the British royal family, everyday royal life looks almost the same from the outside. But behind the scenes there are signs that a new wind is blowing at Windsor House.

Even as the heir to the throne, the 73-year-old has made hundreds of tours with his wife Camilla across the state and beyond. Is “business as usual” returning to the Royal Family after weeks of mourning for the deceased Queen? No because as the new king finds his way into everyday life, unfamiliar voices are already penetrating the walls of the palace.

Charles was “personally disappointed”, an unnamed insider close to the king told the Sunday Times, which publicized the controversy. But he will find a way to raise his voice in international meetings despite his absence.

The fact that Charles is the first to appear in the northernmost part of Britain is probably not only due to the fact that he spent extended periods of mourning there. It is also considered to belong to the Kingdom of Scotland and a strong sign of its solidarity. Hundreds of spectators gladly welcomed the royal couple on the rocky streets of Dunfermline, about 30 kilometers northwest of Edinburgh. Charles and Camilla also visited a medieval church there, where several previous Scottish kings were buried.