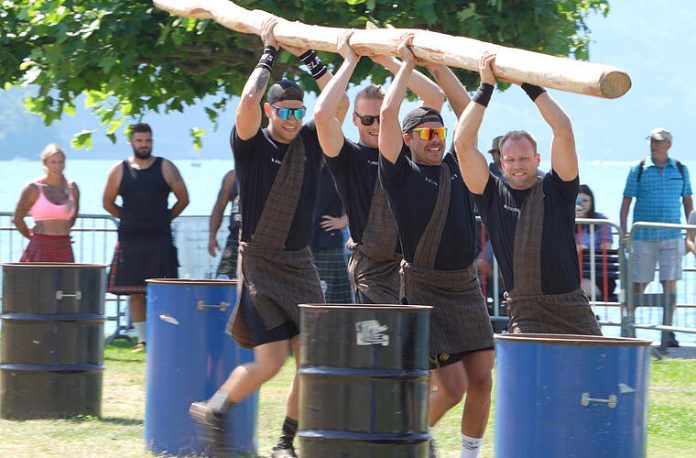 Until Sunday evening, visitors can immerse themselves in the diversity of Scottish culture at the Auslandschweiserplatz in front of the panorama of Lake Urie. The center of the event is the “Highland Games”, which are traditional competitions from the north. Disciplines like stone throwing, hammer throwing and tree trunk throwing, the supreme discipline, inspired the spectators in today’s team competition.

“The Scottish Highland Games are our equivalent of wrestling fests,” says organizer Pirmin Zurfluh in our video.

What are the Highland Games? (source Wikipedia)

The Highland Games are traditional events with sporting events. They were originally part of the synagogues of Scottish clans in the Scottish Highlands. They are still at home there today, but can be found anywhere in the world where Scots have settled. The Highland Games are accompanied by traditional music, especially bagpipes and dancing. Competitions are also held here. Games are a folk festival for the whole society and also attract hundreds of thousands of tourists.

In Scotland 100 Highland Games are organized in a year by the Scottish Highland Games Association (SHGA). The most famous games take place every year in early September in Bremer, the Bremer Gathering. It is under the patronage of Queen Elizabeth II, whose traditional summer residence is near Balmoral Castle and therefore regularly attends in person.

The Highland Games are organized worldwide by the International Highland Games Federation (IHGF); It has also been organizing the World Championships since 1980.

The Highland Games are said to date back to the time of the Celtic kings in Scotland. According to legend, they were fought to find the strongest and fastest men in Scotland, who often became the king’s bodyguards and messengers or warriors. Women can also take part in the Highland Games.

The Highland Games have also been held in Germany, Austria and Switzerland for many years – with licensed Scottish referees here.

In Switzerland, the Highland Games Swiss Championship is held every year in St.[5] The modes of play are stone throwing, weight throwing, log throwing and weight throwing. There are also bagpipe competitions. (d)

Reports and photos Monday in “Boten”