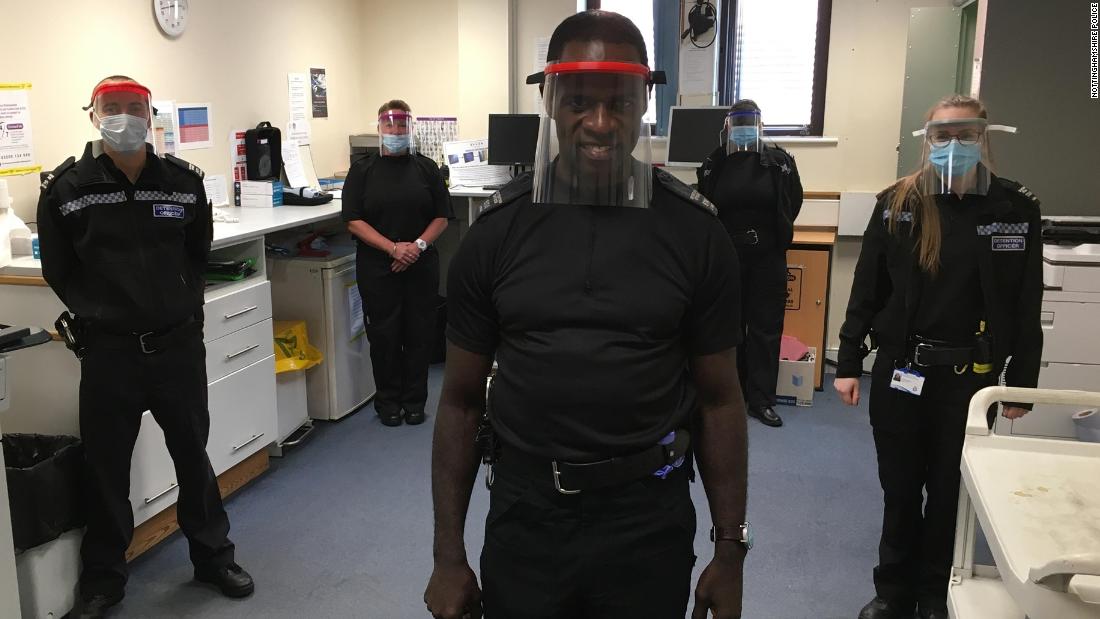 Last month, a man who had been arrested by Brice spat into the officer’s eyes, which prompted the officer to fear that he had caught the coronavirus. He did a test, police officials said, which eventually turned negative.

“My family was worried, I was worried,” Brice, a 16 year old veteran in strength, said in a statement. “It was an incredibly anxious and emotional experience.”

Brice, not wanting this to happen to another officer, worked with Mosely to coordinate the donations.

“There is a fantastic community spirit right now in and around Nottinghamshire and we are delighted to receive the donation,” Wilkes said in a statement.

Each shield took 60 to 90 minutes, according to the press release. Mosely told police that his 3D printer sometimes worked 24 hours a day to produce reusable visors.

There have been over 60 incidents in which key workers, such as first responders and nurses, have been coughed or spitted while working during the pandemic, police said. “Masks are used to protect custodial officers and staff after a large number of incidents that have seen key workers coughing or spitting after the Coronavirus block,” according to the press release.

“I hope this never happens to anyone else,” said Brice. “Nobody should tolerate this type of behavior in the work they do.”