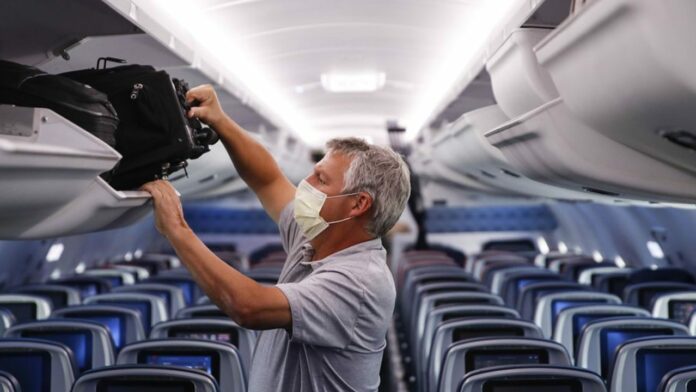 Fox Business Briefs: Delta Air Lines plans to furlough nearly 2,000 pilots this fall but says the cuts can be avoided if the pilots agree to a 15 percent pay cut; Tesla CEO Elon Musk suggests the car maker will be dramatically improving the batteries in makes within four year.

American Airlines will join competitors Delta and United on eliminating change fees in an effort to boost travel demand that has been slammed by the coronavirus pandemic.

“In a world that’s constantly changing, American is resolute to our purpose of caring for customers at all points of their travel journey,” said American’s Chief Revenue Officer Vasu Raja in a statement. “American is offering more flexibility and ease than ever before, should travel plans change. By eliminating change fees, giving customers an opportunity to get where they want to go faster with free same-day standby on earlier flights and providing access to upgrades and seats for all fare types, we’re giving customers the freedom to make their own choices when traveling with American.”

The new policy will impact First Class, Business Class, Premium Economy and Main Cabin tickets for all domestic and short-haul international flights to the United States, Canada, Mexico, the Caribbean, Puerto Rico and the U.S. Virgin Islands, and will be extended to tickets for any new travel purchased by Dec. 31, 2020.

American will allow customers to keep the full value of their original tickets if they change their travel plans prior to the scheduled travel. Though customers will be required to pay the difference for a new flight, the airline will offer a voucher for a future trip for new flights purchased which are lower than the original cost.

See also  Scottish bishop: Pope is only coming for a few hours

Starting Oct. 1, customers will also be offered same-day standby for all domestic and international travel with the same departure and destination information at no charge, regardless of the ticket purchased. Basic Economy fares will now be able to purchase flight upgrades including priority boarding and Preferred/Main Cabin Extra seats while AAdvantage members with Elite status will continue to receive those same benefits with their memebership.

The move comes hours after a similar announcement by Delta Airlines on Monday.

“We’ve said before that we need to approach flexibility differently than this industry has in the past, and today’s announcement builds on that promise to ensure we’re offering industry-leading flexibility, space and care to our customers,” said Delta CEO Ed Bastian in a statement. “We want our customers to book and travel with peace of mind, knowing that we’ll continue evaluating our policies to maintain the high standard of flexibility they expect.”

FILE – In this May 28, 2020, file photo, a passenger wears personal protective equipment on a Delta Airlines flight after landing at Minneapolis−Saint Paul International Airport, in Minneapolis. Airlines are trying to convince a frightened public tha

In addition, Delta will extend the waiver on change fees for newly purchased flights, including international flights and Basic Economy fares through the end of the year. Delta will also extend its expiration on travel credits through December 2022 for tickets booked before April 17, 2020.

United was the first airline to announce the fee waiver in a press release on Sunday, which applies to all ticket types issued after March 3, 2020. The airline will extend that waiver for new tickets issued through December 31, 2020.

“Change is inevitable these days – but it’s how we respond to it that matters most. When we hear from customers about where we can improve, getting rid of this fee is often the top request,” said Scott Kirby, CEO of United Airlines, in a video message to customers. “Following previous tough times, airlines made difficult decisions to survive, sometimes at the expense of customer service. United Airlines won’t be following that same playbook as we come out of this crisis. Instead, we’re taking a completely different approach – and looking at new ways to serve our customers better.”

United’s new change fee policy applies to all standard Economy and Premium cabin tickets for travel within the U.S. 50 states, Puerto Rico and the U.S. Virgin Islands and offers customers unlimited changes to their flights with no extra fee.

Like its competitors, the airline is also offering customers same-day standby for free on flights with the same origin and destination airports if space permits. The option is being offered for both domestic and international travel starting January 1 through United’s mobile app and requires passengers to arrive no later than 30 minutes prior to departure for domestic flights and one hour before international flights.

United’s MileagePlus members will also have all redeposit fees waived on flights changed or canceled more than 30 days before departure. MileagePlus Premier and Silver members will also now be able to confirm a seat for free on a different flight with the same departure and arrival cities as their original ticket starting January 1.

A similar move could come from competitors such as Jet Blue. Southwest Airlines already doesn’t charge baggage or change fees as part of a longstanding policy it has used as a marketing tool.

GET FOX BUSINESS ON THE GO BY CLICKING HERE

The change fee waiver is the latest attempt by airlines to boost demand as the industry continues to suffer significant financial losses. Delta has also offered other incentives like extending its policy blocking middle seats as a way to encourage passengers to fly.

United, Delta, and American Airlines have all warned of massive involuntary furloughs or layoffs in October if Congress is unable to reach an agreement on a new round of stimulus before the original $25 billion in federal aid passed back in March expires. Under the terms of the original package, airlines cannot furlough or layoff employees until October 1.

Extended Opening to Visitors: King Charles: Balmoral Castle to be a Monument to the Queen – Panorama