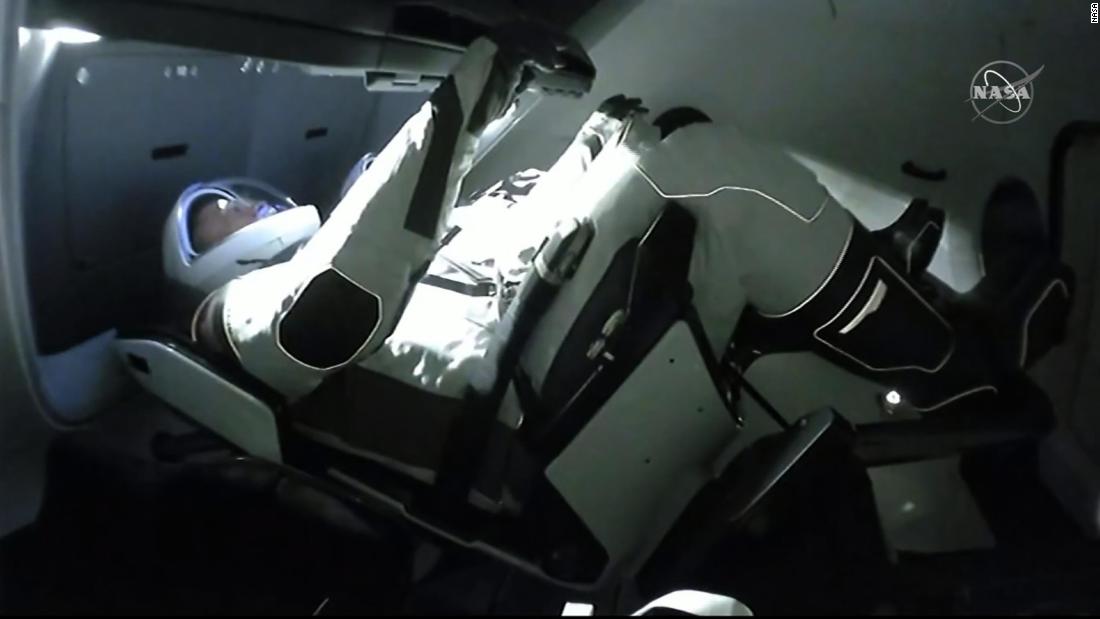 On Saturday, after a historic launch from the Kennedy Space Center in Florida, astronauts aboard the SpaceX Crew Dragon spacecraft synchronized with the space station on Sunday morning.

The spaceship took a careful approach, making its way to its destination over the course of 19 hours. On Sunday at 10:16 am ET, the vehicle made a “soft capture”, meaning Crew Dragon made his first physical contact with his docking port at the International Space Station.

Crew Dragon will now perform a “final capture”, which involves using 12 closures to create an airtight seal between Behnken and Hurley’s crew cabin and their entry to the space station. Astronauts are expected to exit Crew Dragon around 12:30 pm ET. They will be joined by fellow NASA astronaut Christopher Cassidy and Russian cosmonauts Anatoli Ivanishin and Ivan Vagner, who are already on board the International Space Station.

Compared to the high drama of Saturday’s launch, the docking may seem like a slow burn.

At one point, the webcast host mentioned that Crew Dragon was moving a fraction of a meter per second to his destination. This, however, is only relatively speaking: both the spacecraft and the space station were still lashing their orbit at more than 17,000 miles per hour (about 27,000 kilometers per hour). But as they traveled at similar speeds, the cameras on board the station made it appear that Crew Dragon was slowly advancing.

See also  Covid Tires: London will be placed in Tier 2 when the downdown concludes - Sloff and Kent highest Tier 3 | London