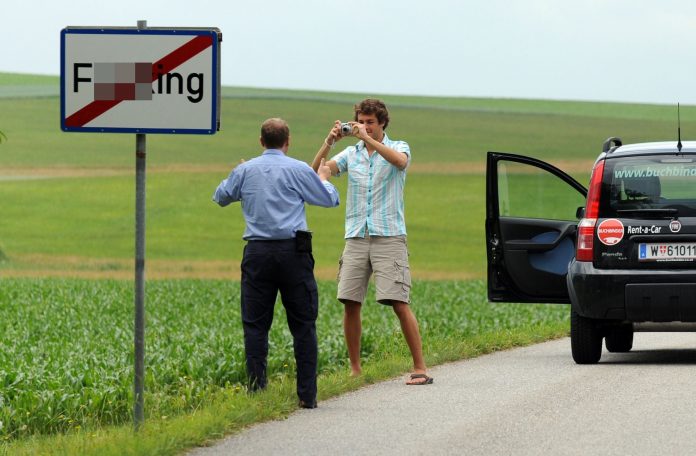 After tourists get tired of stealing signals from tourists and making fun of the name with crude jokes, the Austrian village of F ****** will officially change its name to Fugging.

Locals were also exhausted after a series of incidents of tourists stealing signs.

The minutes of the published council meeting show that the village of about 100 people, about 350 kilometers (215 miles) west of Vienna, will be renamed Fagging from January 2021.

“I can confirm that the name of the village is changing,” said Andrea Holzner, mayor of Tarsdorf, the village municipality.

“I really don’t want to say anything more – we’ve had enough media frenzy in the past.”

According to the Rian Strian daily Die Press, the villagers had “enough visitors and their bad jokes”.

“I’m sure everyone thinks they’re thinking about it, but trust me they don’t,” one bored resident told the Austrian Times.

“We are fed up with it and we are doing something about it. We are a very traditional community and we find such public performances shocking. “

Following the background of Austrian novelist Kurt Palm’s book, locals first found his story in the news, which later turned into a movie called Bad F ******

In 2018, Pornhube F ****** and other cities with names like Titz in Germany or Big Beaver in Pennsylvania offered non-resident fee premiums.

The village was first officially inhabited around 1070, but local instincts indicate that a sixth-century Bavarian nobleman named FF Ko actually established the colony.

Germany has a village called Patting and F ****** directly on the Bavarian border, just a mile from Titmoning.