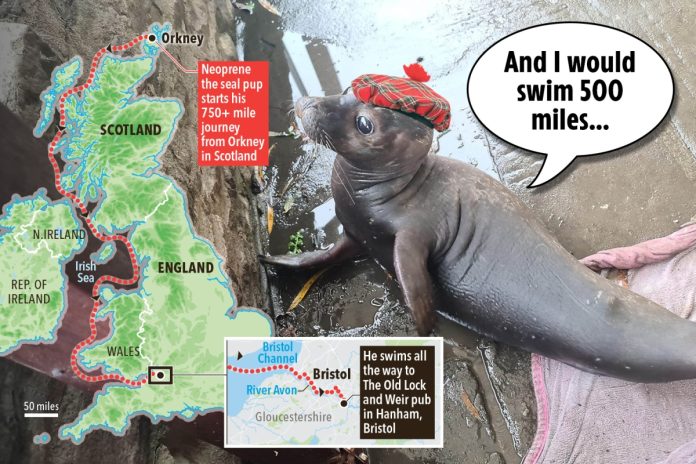 A seal puppy – 750 miles from Scotland – swam to a Bristol pub for a New Year’s Eve party.

The neoprene has imitated the thousands of Scots who crossed the border to escape the confines of COVID at the bar.

The marine mammal traveled along the west coast of Orkney, into the Irish Sea, along the Bristol Channel and as far as the Avon River.

The neoprene eventually came out of the water in Hanham, Gloux – a suburb of Bristol.

He was first seen on Sunday at a stall on his way to the Old Lock and Wear pub on the banks of the river.

Owner Daniel Rollins said, “He came up to the wall and was at the front door.

“That would have gone a long way for a pint!

She was identified by a tag on her tail, which shows that she was last seen in Scotland on 21 June.

He was under the care of the RSPCA and would be released back into the wild when he was fit enough.