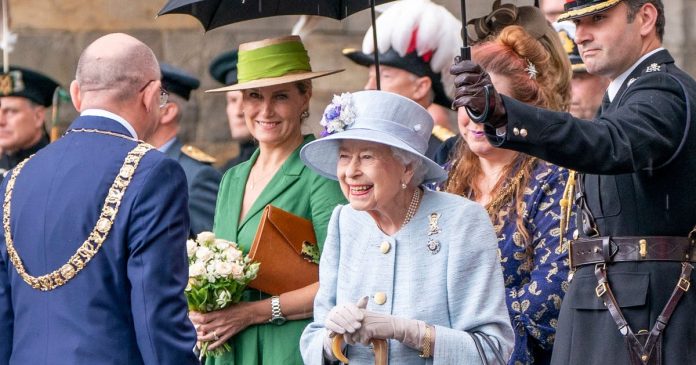 Despite all the health problems, Queen Elizabeth II attended a ceremony in Scotland. The Queen smiled – even though the Scottish weather left much to be desired.

Despite her health restrictions in recent weeks Queen Elizabeth II Attended a ceremony in Scotland on Monday. According to tradition, the keys to the city were presented to the 96-year-old monarch at Holyroodhouse Castle in Edinburgh.

Queen Smiled, even though the Scottish weather didn’t quite go along at the start of the so-called Holyrood week: an umbrella protected her from raindrops on the palace courtyard.

More events were planned in Scotland in the coming days, which the Queen wanted to attend. The emperor celebrated his 70th birth anniversary three weeks ago, but few were visible during the four-day celebrations.

According to official statements, he was not keeping well. In recent months, his heir to the throne, Prince Charles, has taken on a number of obligations. He also attends events in Scotland along with other family members.