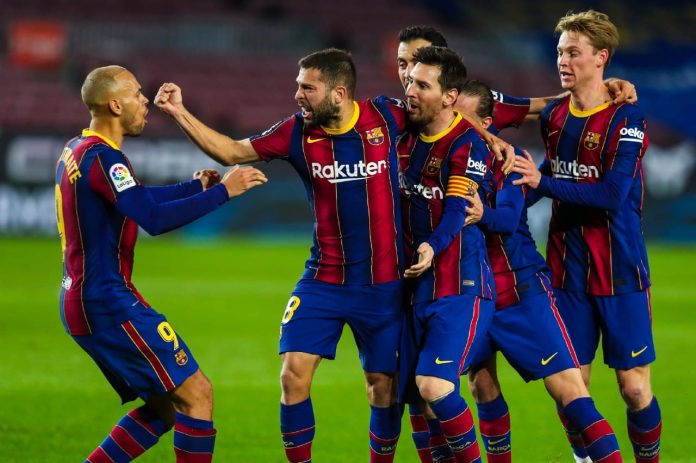 The Basque side Atletico Madrid and Real Madrid were level on the issues leading up to the clash and have received Pl.

In contrast, Barcelona have struggled this season, finishing eighth before kick-before F and only managing to finish second in their Champions League group.

The forms tables were turned over in Catalonia on Tuesday evening, however, the hosts beat their Basque visitors 2-1.

Willian Jose opened the scoring for visitors before Jordi Alba and then Frankie de Jong turned the tie over his head.

The game started well, with both sides emphasizing their quality early doors, but it was the visitors who took the early lead.

A smart corner routine ended when Christian Porto delivered a dangerous ball to the face of a goal he had met with Brazil striker Jose.

The Brazilian forward made no mistake, starting the effort at the back post to give his team the lead within half an hour of his start.

His goal came from an improbable source of Alba’s right foot.

The left side ended up chilling from inside the BX with its weak side before walking away in happiness.

At the stroke of half time, Barcelona took the lead due to the first goal of Pivot de Jong.

Alba once again became integral, stealing the ball to get his first goal for the Dutch playmaker for Blagrana.

The World Cup winner was unable to make much of an impact on the game, however, missed a significant chance and was placed in the 70th minute.

A decisive moment came moments later, when Pedri threw a surprising challenge at Alexander Isaac to bring the Swedish striker back to his team on level terms and cluttering the post in the process.

The teenager took one for the team and played a key role in helping Barcelona secure all three points.