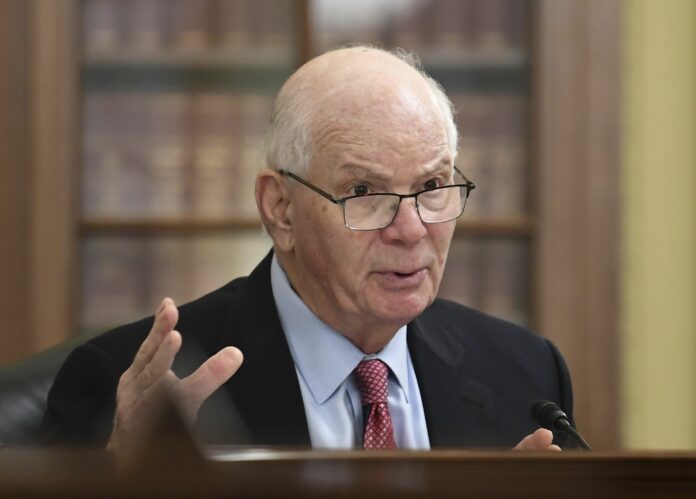 On Monday, Senate Republicans announced their plan for another wave of the Paycheck Protection Program as a part of the HEALS Act. They want the “hardest hit small employers” to be able to get a second loan.

Sen. Ben Cardin (D-MD) said he’s largely on board with how the Republicans laid out their proposal during a Yahoo Finance interview on Tuesday.

Cardin noted that “there’s a lot of similarities” between his Democratic plan and the Republican plan.

Cardin has long pushed for a second wave of PPP loans and in an interview with Yahoo Finance in May said that “8 weeks is not going to be enough.” Cardin is the lead Democrat on the Senate’s Small Business Committee, overseeing the Small Business Administration and the program alongside Sen. Marco Rubio (R-FL).

The PPP program was created with $349 billion in funding when the CARES Act was signed into law in March. It was then given $310 billion in additional funding in April. As of Monday, the program had given out almost $520 billion in forgivable loans.

“When Senators Rubio, Cardin, Shaheen and I developed this program back in March, we had no idea how long economic closures to mitigate the spread of COVID-19 would last,” said Sen. Susan Collins (R-ME) in her remarks Monday.

In the GOP plan, businesses with fewer than 300 employees that have seen revenue declines of 50% or more would get access to the loans. Cardin pointed to one negotiation point still to be ironed out: “The Republican bill has it at 300, our bill has it at 100 or less,” he said.

Measures to simplify the forgiveness process

In addition to the option of a second loan, lawmakers also want to simplify the loan forgiveness process. According to a summary of the bill, borrowers will have significantly less paperwork to fill out, especially for loans under $150,000; but businesses must retain their records as the SBA reserves the right to “review and audit these loans to ensure against fraud.”

In a statement released shortly after Collins and Rubio spoke, Consumer Bankers Association President and CEO Richard Hunt called for more detail on how the loan forgiveness process would work. Hunt said that the most basic current process requires significant resources of a small business, and “Congress must improve the forgiveness language by providing crystal-clear, prescriptive guidance.”

Cardin has pushed the SBA to be more transparent about the program. “I look forward to receiving additional information collected during the loan forgiveness process to help us better understand how PPP is reaching small businesses in underserved communities,” he recently said.

The GOP plan also includes new provisions for what businesses can spend PPP money on. Sen. Collins noted that businesses will be able to use funds for things like improving their HVAC system, buying masks or plexiglass shields, or adding outdoor seating to encourage social distancing.

A summary of the plan notes other allowed uses like upgrading human resource or accounting systems or costs related to recent social unrest.

Even if both sides reach agreement on the final details of the PPP loans, implementation will almost surely have to wait for a larger  – and much more thorny – stimulus bill to be negotiated. Senate Majority Leader Mitch McConnell (R-KY) has warned that the process could take weeks.

Aug. 8 is a key deadline for lawmakers focused on the PPP – as it stands now, that’s when the program will no longer be able to accept new applications. However long the wait, Cardin is optimistic that “if we can get a bill to the finish line, that it will include a second round for PPP.”

Ben Werschkul is a producer for Yahoo Finance in Washington, DC.

Coronavirus stimulus checks: Many Americans would get more in GOP’s second round of payments

Read the latest financial and business news from Yahoo Finance