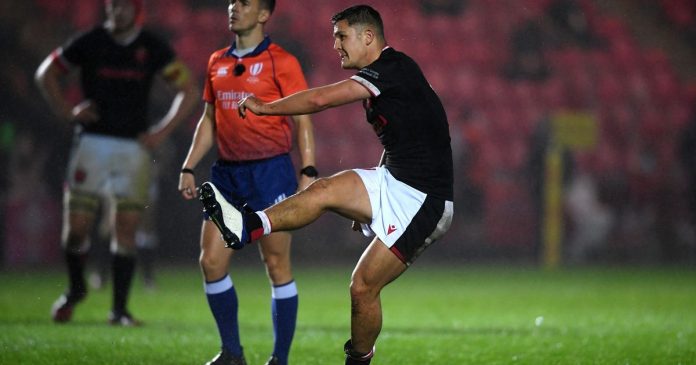 Kumlum comes in to replace Dan Bigger in the Shady fly-half, while Kieran Hardy partnered for the second time in the campaign with an 18-0 win over Georgia.

Saturday will be Shady’s fourth cap for his country, which made its debut against Ireland earlier this fall and will be out of the bench against England last week.

Johnny Williams ’partnership in midfield is George North. The final start in the north midfield was Wales’ 42-0 win over Italy in the Guinness Six Nations earlier this year.

With Lewis Rees-Zammit, Josh Ams Dums and Liam Williams on bench-three named in Lloyd’s bench in Bristol, his win over Georgia was reversed in preparation for earning a second cap.

“We have bloodied eight new caps in this campaign and it is important that by the end of the match there would have been a number of performances in the name of each of them.

“From the beginning we wanted this campaign to be about giving players a chance and we did that.

“Hard work is being done for training and we want to show it again on Saturday and finish the campaign at the highest level, with a desire for performance and results.”

Are you crazy about the Bristol Bears?

If so, you can receive the latest club news directly on your phone by signing up for our WhatsApp service.

John Evely, author of Bristol Bears, will direct you to your mobile, links to breaking stories, through an easy-to-use app.

Things you can expect are transfer news, interviews, match reports, injury updates, team news and live blogs. You can also use it to ask them a question.

If you want to sign up, save the number 07715 770289 To your phone (you must do this to receive our messages), then send Bristol Bears In a message to that number via WhatsApp. We recommend saving the contact on your mobile as ‘Bristol Bears News’.

To unsubscribe at any time, just send Stop Bristol Beers via WhatsApp to that number and you will be removed from the service. Your number will not be used for any purpose other than to update you on Bristol Bears.

Will. Will Rolllands (Veps) (Caps Caps)