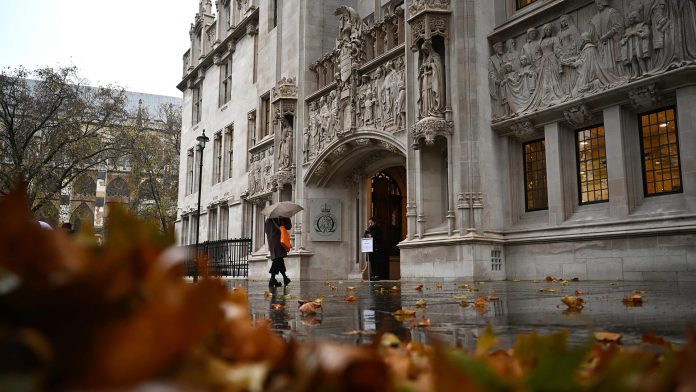 The British Supreme Court has ruled against a second independence referendum in Scotland. The government in Edinburgh reacted with dismay, but appears to accept the decision – at least for the time being.

In June, Scottish Prime Minister Nicola Sturgeon promised a new referendum on her country’s independence. But now the British Supreme Court – the highest court in the country – has put a stop to these plans. However, the Scottish Government does not want to deviate completely from its target.

“The Parliament of Scotland does not have the power to legislate for a referendum on Scottish independence,” Supreme Court President Robert Reid summed up the decision. Reid said that a referendum “could either strengthen or weaken the democratic legitimacy of the union and the sovereignty of the UK Parliament over Scotland.” The decision of the referendum thus affects the entire country and is therefore outside the power of the Scottish regional parliaments. Only the British Parliament has the power to hold a referendum.

The court is thus following the British government’s stance, which categorically rejects another referendum on Scottish independence.

For British Prime Minister Rishi Sunak, the Supreme Court’s decision represents a “clear and final decision”. Like former British Prime Minister Theresa May, Sunak warned that the Scottish ruling party, the SNP, must give up its “obsession” with an eventual independence. Referendum. Instead, the focus should be on working together to solve fundamental problems such as economic hardship and the ailing NHS health service.

When asked directly by several SNP MPs how in good conscience they could talk of a voluntary union when Scotland was denied the right to a democratic decision in an independence referendum, Sunak did not give a straight answer.

Sturgeon wants to accept the decision

Sturgeon said she was “disappointed” by the decision. On Twitter he wrote:

A law that does not allow Scotland to choose our own future without consent from Westminster rejects any notion of the UK as a voluntary partnership and strengthens the cause for independence.

However, the head of government has already announced that it intends to accept the decision of the Supreme Court. However, Sturgeon also announced that she wanted to make the next British general election a quasi-referendum and then focus her Scottish National Party (SNP) election campaign solely on the goal of a new vote. She will now discuss the details with her party. In the Scottish Parliament, the SNP and the Greens, who also support detachment from London, have a majority. Sturgeon called another referendum a vital step to help Scotland avoid a “Brexit disaster” and the government voted no.

return to the EU as a goal

In June, Sturgeon called for a possible referendum for October 19, 2023. She justified another referendum with the fact that a majority in Scotland had rejected Brexit and campaigned for an independent Scotland aimed at becoming a member of the European Union again.

The Scots had already voted in 2014 to leave the kingdom it had shared with England and Wales for three centuries. At that time, about 55 percent of the people voted in favor of remaining in Britain. In the vote on Brexit, an almost 62 per cent majority in Scotland voted against leaving the EU.